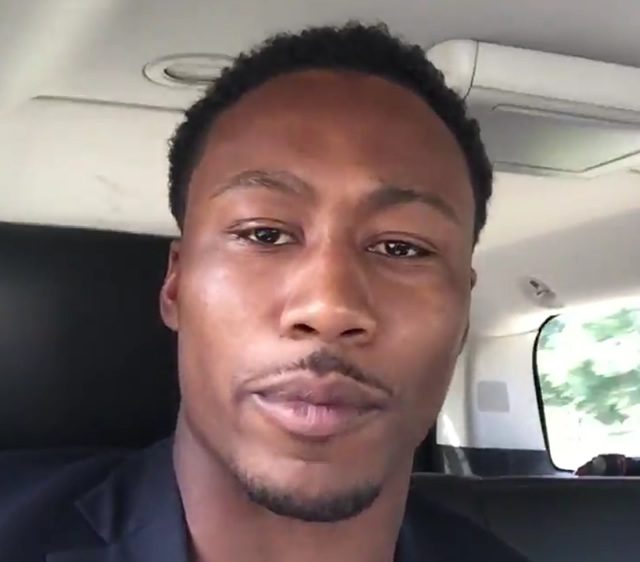 Brandon Marshall, who was on the island for his sister’s wedding over the weekend, hopped on twitter and told his 320,000+ followers that there’s weed “smoke everywhere in Jamaica.”

What ull doing? I’m in Jamaica at my sisters wedding and It smells like Denver over here!!! I better not fell my drug test.

The American football wide receiver for the New York Jets team in the National Football League (NFL), reached out to the NFL on Twitter to explain that any positive results on future drug tests is the result of inhaling the secondhand smoke of locals or other wedding guests. According to the footballer, Jamaica smells like Denver, the capital city of the state of Colorado, where smoking marijuana is legal. Marshall also asked the NFL for guidance.

Jamaicans on Twitter caught the word and set him straight.

@BMarshall @NFL You sir are a charlatan and a damn liar. You smoked and looking a easy way out. POS!!

@BMarshall @NFL No smoke where I am or 90% of JA. please don’t go lying. You or whoever you’re around are clearly guilty. #outaorder — TheLovelyOne (@Silkydeion) July 27, 2015

@marlonmusique @BMarshall @NFL U don’t need “help”. U. NEED. TO. LEAVE. Especially if u aren’t being held hostage.

However, he has since apologised, saying: