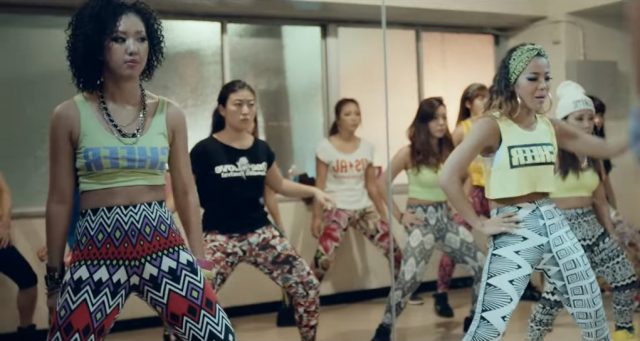 In Jamaica, Dancehall is not just a dance, or another genre of music, but a way of life. The genre’s popularity has grown in the US, UK and Canada including all other destinations for Caribbean expats.

But how did dancehall make it’s way in the fabric of the Japanese culture? While outsiders may find Japanese’s fascination bizarre, the dancehall scene in Yokohama, Japan’s second largest city, Tokyo, and Osaka is as energetic and vibrant as in Jamaica. Watch the video below then read on.

In Japan, dancehall reggae is serious sub-culture. The country boasts more than 300 sound systems – more than the number is Jamaica itself – and the enthusiasts are hyper-committed to performing dancehall the way it’s done in Jamaica, down to the slightest detail.

Speaking with Hip Deep, Marvin Sterling, a Jamaican and Professor of Anthropology at Indiana University, delves into the Japanese Dancehall Reggae scene. Jimmy Cliff’s seminal movie “The Harder They Come” was, for many Japanese, the first point of contact with reggae culture, Sterling explains in his book ‘Babylon East: Performing Dancehall, Roots Reggae, and Rastafari in Japan‘. As the title of his book suggests, Sterling’s research centers on the popularity of a range of Jamaican cultural forms in Japan, mainly roots reggae, dancehall reggae, and Rastafari. Bob Marley’s visit in 1979 came with much publicity and fanfare, and interest grew until its peak in the early 90’s.

Fox Channel Highlights The Influence Of Reggae And Dancehall

Interest in Jamaican culture dwindled in Japan by the late 90’s, according to Sterling, but Dancehall’s popularity skyrocketed in Japan in 1999 when the Japanese dancehall selectors Mighty Crown beat Jamaica’s top sound systems to win the World Sound Clash — a major dancehall competition in New York City.

The principle characters include Yokohama’s sound system, kings Mighty Crown, who in many ways paved the way for the dancehall as it is today. ‘Batty Bom Bom’ is one of Japan’s most well-known dancehall dancers and is a former winner of the prestigious annual Dancehall Queen competition.

In the summer of 2001, Miki Dozan’s hit, “Lifetime Respect,” sat on the Japanese charts for weeks, with both the single and album reaching the Top 10 charts.

The Illmatic Gyalz, a Japanese dance crew, are inspired by Jamaican female dancers. They teach newcomers to the scene how to perform the dance moves; they also educate them on Jamaican culture and language.