I AM A JAMAICAN
Home Culture Woman Claims “Out of Many, One People” Is Still a Dream 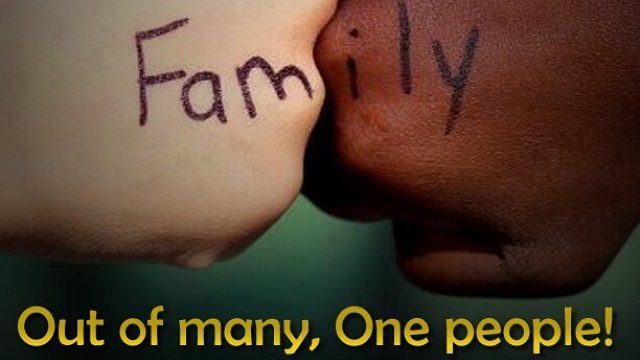 In the book “Making a Way Out of No Way”: Martin Luther King’s Sermonic Proverbial Rhetoric” by Wolfgang Mieder, Dr. King was quoted after his visit to Jamaica in June 1965.

“Here you have people from many national backgrounds: Chinese, Indians, so-called Negroes, and you can just go down the line, Europeans, European and people from many, many nations. Do you know they all live there and they have a motto in Jamaica, “Out of many, one people.”

I recently read a comment on the quote on Facebook by Leonie Cesvette: “Classism is drawn against racial lines. Discrimination and racism exists where it matters most. In business and industry. We need to understand that ECONOMIC PRIVILEGE is the order of the day. It allows one to never have to come in contact with Black Jamaicans unless you want to. To say it does not exist is a blatant LIE.”

But Brandon Chin, a Jamaican of Chinese descent, replied, “I am Jamaican of Chinese descent. I have lived there for most of life. You see the problem that you encountered is one that is caused by how you present yourself. I will not say that crime rate has not got worse. What I will say is that depending on how you react in the presence of people who are not economically well off like yourself. Determines how you are treated. Racism exists in every country. But it something that is taught and is not something that naturally occurs. Sometimes the upper class behave worse that the lower class. The lower class are the ones that work hard and help me and family to be successful. We show them respect and in return we get respect. Instead of teaching you love you spread hate. Instead of trying to find the cure. You find a way to delay it. I for one had a great life there and my best friends were black. They looked out for me as I do for them. Understand that the people who have the power make a change do not wish to do anything about it. They believe in taxing every last person until they are poor. Racism exists throughout the world and until you learn to Love your neighbour and your neighbour learns to love you and not think just about himself/herself you will never get rid of Racism and Hate. Every time you express you dislike towards something or someone and a person see you doing it. You are teaching a behaviour/ emotion.”

Cesvette fired back saying, “Brandon, my observation is not based on individual actions. It has nothing to do with how one presents themselves. Individual businesses and companies admit that they hire light/white over experienced darker skinned candidates.
The politics of ‘respectability’ carries no weight in this discussion. “Out of many, one people”… still a dream.” She didn’t add a link to back up her claims.

Another Jamaican of Chinese descent Warren Chang joined the conversation adding, “What you say is true but don’t blind yourself [as] to what is really going on here. There are a lot more rich black people here than white and they devalue the average Jamaican just as much or more and they seem to be unnoticed. Most of our politicians belong to this group. They pretend to be for the common man even speak the like one of them to be accepted but believe me they only want to get richer and richer off of the common Jamaicans back. Most Jamaicans are pirates or mercenaries. Pirates are the rich business owners and mercenaries are called employees. A mercenary is someone that only works for money. The key word is only. The spirit of Jamaica is in bad shape.“