Fire Gyal Flexi — a competitor in a Dancehall contest in Florida — says the incendiary moment was accidental. In an effort to make her routine stand out from the other contestants, Flexi says her plan was to put rubbing alcohol on her crotch, which she would light and then immediately smother the flames.

Problem was … she applied way too much alcohol, and she became a human torch as the daredevil stunt quickly got out of control.

Flexi suffered 1st-degree burns and lost layers of skin, but pressed on and won the dance competition, scoring a trophy and $500 prize.

According to one of the judges: “Last night I couldn’t believe what I witnessed, I was a special guest judge at Florida Dancehall King and Queen; this girl poured rubbing alcohol on her pants and lit the shit on ?? and couldn’t get it out, but as you can see later in the video she came back out and danced. You can see the burn on her legs but at the end of the competition, we made sure she won? tragic, smh.”

She’ll now go on to the international contest in Jamaica. 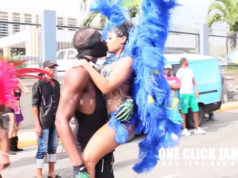 All Eyes on Usain Bolt Enjoying Himself, Kissing GF at Carnival 2016 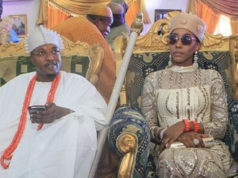