I AM A JAMAICAN
Home Music Watch: Aidonia Says He Is On Vybz Kartel’s Level, People Should Be... 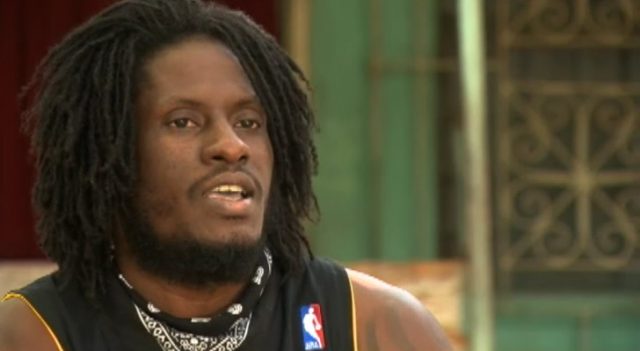 Aidonia is somewhere up there with Jamaica’s top dancehall artistes since 2005. Productive, consistent, a premiere player in dancehall’s premiere league. But out of site, shunning the spotlight, overshadowed perhaps by more flamboyant, controversial personalities like Vybz Kartel and younger more video friendly stars like Konshens and Popcaan.

Aidonia, an underground rather than mainstream act despite such hits like “Road Run” and “Fi Di Jockey”, is irritated that he hasn’t got the respect and recognition he believes he deserves. He’s changing course to up his game and profile, that means doing more media, handing out scholarships to needy kids and for a shy thirty-something, is striking a more confident, strident note.

“Any name you call you have to say ‘Aidonia.’ Any camp you call out, you have to say J.O.P or 4th Generation. So Aidonia thing has always been there but people try to make it looking different. Aidonia is a big brand and Aidonia is a big artiste and people know that; the world knows that, Jamaica knows that, and they should be fair and should just talk,” he told Entertainment Report in an interview last weekend.

Aidonia says he’s right up there with Kartel. The artiste said when the things were tumbling down for “Gaza Boss”, he helped him to turn things around. “From you say Kartel you have to say Aidonia,” the JOP boss said. “Who [people] say are the baddest artistes?… Aidonia and Kartel from you his name you have to call my name.”

The “Run Road” deejay says he has been consistent, but some people make it seem otherwise. When asked, “Why are people trying to make it look differently?” Donia replied, “Mishaps, badmind is the greatest thing out there too.  They try to fight a yute and you know my thing, too, mi nuh beg friend.” [SIC]

The rivalry with Vybz Kartel topped off with Sting ’08 clash made Mavado’s popularity soared worldwide — being second most talked about artiste of that era.