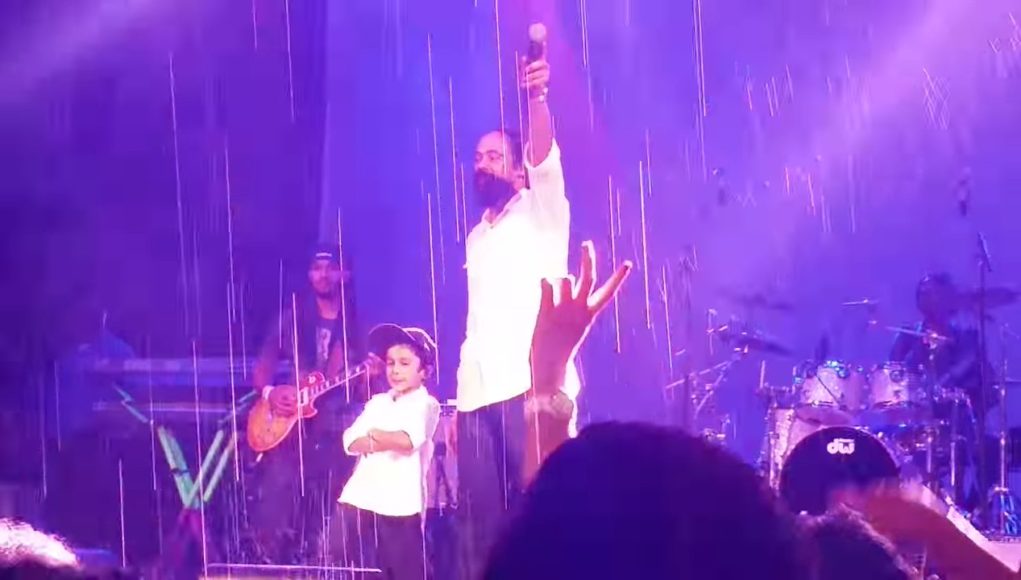 Damian Marley, 37, kicked off his “Catch A Fire” tour in North America at the Mann Center for the Performing Arts in Philadelphia, PA over the weekend.  He was joined by his brother Stephen “Ragga” Marley along with Morgan Heritage, Tarrus Riley, Black Am I, and Jo Mersa.

Watch Tarrus Riley Perform With His Dad in New York

Watch Damian and his son Elijah Marley, who turned 6 on the 19th August, perform “Could You Be loved” at the Central Park Summer Stage in New York on Sunday.