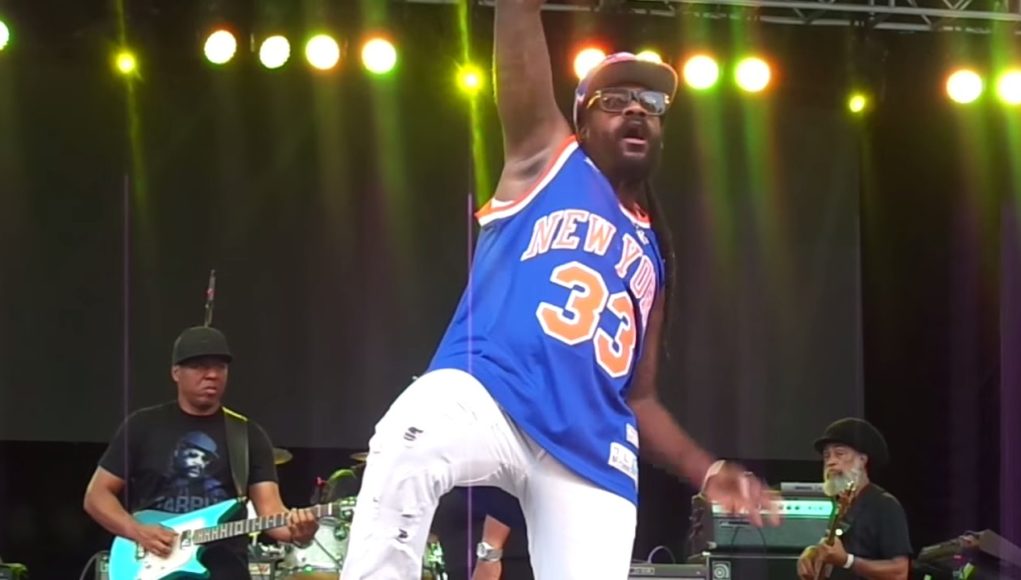 Damian Marley kicked off his “Catch A Fire” tour in North America on August 29 at the Mann Center for the Performing Arts in Philadelphia, PA over the weekend with his brother Stephen “Ragga” Marley along with Morgan Heritage, Tarrus Riley, Black Am I, and Jo Mersa.

On Sunday, Tarrus “Singy Singy” Riley kicked off the second show at the Central Park Summer Stage in New York, where he performed with his dad, Jimmy Riley, along with Mr Dean Fraser & The Black Soil Band

Check out his 28-minute high energy  performance in the video below. Their next stop will be in Boston, MA at Blue Hills Bank Pavilion on September 3. See all the tour dates below.