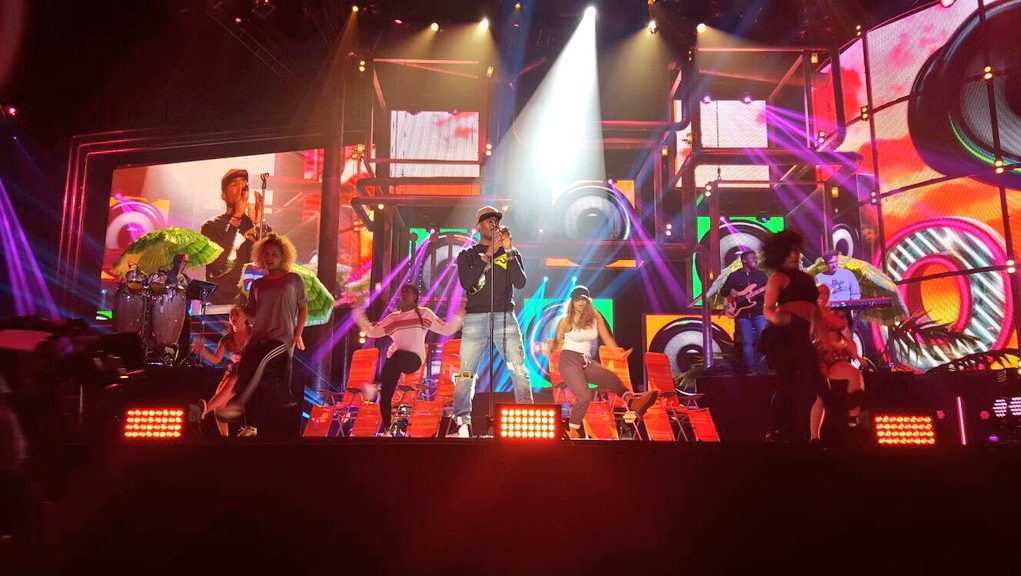 OMI has achieved another international milestone with his smashing catchy pop single “Cheerleader”, which was certified double platinum in the United Kingdom.

The Jamaican-born Omar Samuel Pasley, 29, made the announcement on Twitter Wednesday with a picture of himself holding the double platinum plaque. The song has earned Billboard’s coveted Song of the Summer honor. Taylor Swift brought out OMI during her 1989 Tour in California in September.

2X PLATINUM in the UK! Thank YOU for making this possible. #Cheerleader #OMIarmy pic.twitter.com/5fXvwQ55OK

The original single was a hit in Jamaica in 2012, but it’s the 2014 addictive remix by Felix Jaehn that blew up to reached number one in 20 countries, including the United States, the United Kingdom, Australia, France, and Germany.

The song was also named among Spotify’s Top 5 Global tracks for 2015 and was also nominated for Song Of The Year by the BBC Music Awards — held on Thursday, December 10 in Birmingham, England. He didn’t win but he did perform his single from his debut album “M4U”.

Omi has also been featured in the 2015 YouTubeRewind!Celebrating the videos, people, music and moves that made 2015.