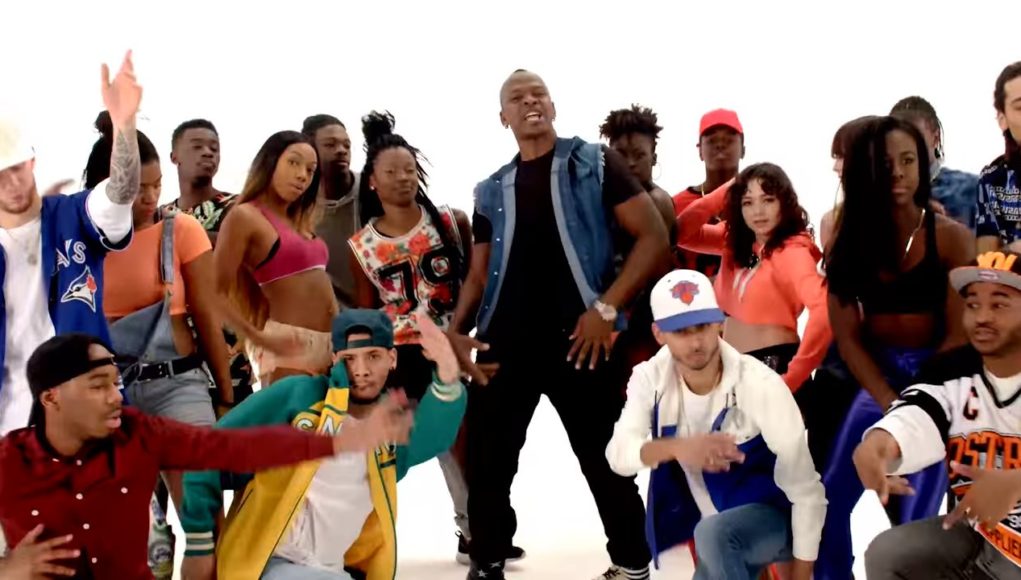 Mr Vegas is on a mission to bring back fun to dancehall music. Inspired by the hot new dance craze that is currently sweeping the United States called the Dabb, Vegas has released the music video anticipated ‘Dancehall Dabb.’

On its release, the dancehall veteran stated “Everyone got something to say. The good, the bad and the ugly. Some say me sell out, some say mi shouldn’t a follow trend…..
[I] never hear any uproar when the big pop artistes use dancehall moves in their video.”

“The ‘DABB dance’ is the biggest thing in the states right now; everyone is doing it including the sports stars and other celebrities. I like it, and I want Jamaica and the whole Caribbean to join in the fun and do the DABB, that’s why I have recorded Dancehall DABB. It’s time to put back the fun in dancehall music,” said Vegas.

Vegas previously argued that, “Over the past few years, American artistes have been doing videos that highlight Jamaican dance moves, just look at the dance moves in Justin Bieber’s video for his song called Sorry, all the dancers in that video are doing Jamaican dance moves. I’m just reversing the roles.”

The song was produced by him and Riva Brownie, the son of veteran music producer Cleveland ‘Clevie’ Brownie. “We shot the video in Canada. We recruited some of the best dancers from Canada and the West Indies for this project. It’s a fun video, very exciting and full of energy.”

A clip from the video that was posted by Vegas on his Facebook Fan Page a week ago has received over five hundred thousand views.