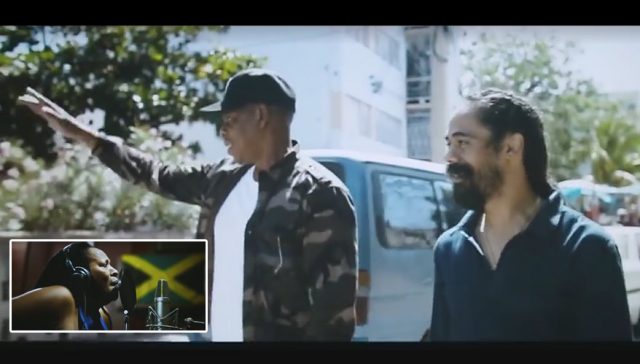 JAY Z has shared the music video for his track “Bam,” featuring Damian Marley and Sister Nancy off his 13th studio album titled, “4:44“. It is the first visual of the album that he has appeared in. Watch it below.

As we have reported last month, Hov traveled to Kingston, Jamaica, to record new music with the Marley, and now it appears he was also a given a guided tour of that section of the island, which was presumably filmed and transformed into a music video. JAY-Z has already released two visual from 4:44 for ‘The Story Of O.J.‘ and the title track.

The video depicts JAY, featured artiste Damian Marley and Sister Nancy as they work on the track at the famous Tuff Gong Studio. The Brooklyn rap mogul then strolls through the streets of Trench Town while providing thought-provoking commentary. He also soaks up knowledge about the city from his famed tour guide. Jay can also be heard and seen have a reasoning with Sister Nancy, whose famous vocals are sampled on the track by produced No. I.D.