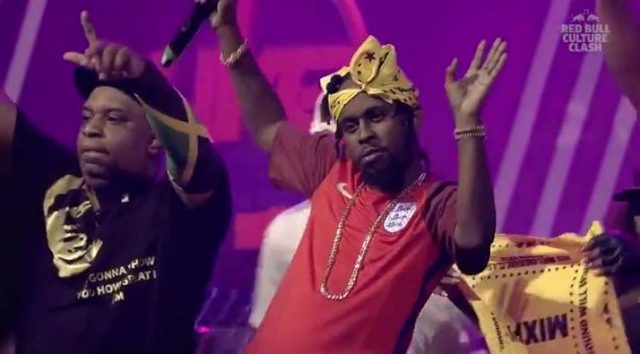 International Dancehall artiste Popcaan has been granted a US visa and a work permit and will be performing at the highly anticipated Redbull Culture Clash 2017 in Atlanta on Friday.

Popcaan was invited to defend the Red Bull Culture Clash title he helped to win last year at the world’s biggest music battle, inspired Jamaica’s soundclash culture. The ‘Unruly King’ will be performing at the Culture Clash on August 25, at 787 Windsor in Georgia.

Popcaan dropped the biggest dubplate at the 2016 Redbull Culture Clash

Things escalated quickly at the 2016 Red Bull Culture Clash when the charismatic Jamaican star called out rapper Wiz Khalifa on stage in front of 20,000 people at O2 Arena in London. Team Mixpak along with some of the hottest dancehall acts coming out of both New York and Jamaica, which included Spice, Tony Matterhorn, and Kranium, with team leader Popcaan, who dropped the biggest dubplate of the clash in the final round to win the crown: Drake – One Dance. So you know he’ll bring something different but special to Atlanta.

Red Bull Culture Clash consists of four rounds with each crew occupying four stages in the four corners of the venue with the crowd in the middle. Each crew takes a timed turn in the spotlight. There are very specific rules to Culture Clash with an emphasis on track selection, energy, and surprises. Songs cannot be repeated. And the crowd — guided by the night’s host — decides the winner. (The full rules can be found here.)

Popcaan has stepped out of the genre and expanded his repertoire since he recorded one of the best dancehall albums of the past few years with “Where We Come From” in 2014 — a collection of tracks that showed how versatile he could be within the genre.