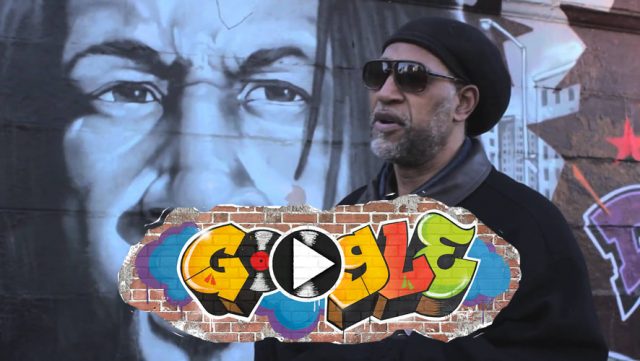 Today marks 44 years since Jamaican Disc Jock Clive Campbell, known as DJ Kool Herc founded the genre “HIP HOP”. The Jamaica born, moved to the Bronx at the age of 12 in 1967 and picked up the nickname ‘Hercules’, (shortened to ‘Herc’).

On a hot August night in 1973, the then 18-year-old immigrant DJ Kool Herc, and his sister Cindy put on a ‘back to school jam’ in the recreation room of their apartment block at 1520 Sedgwick Avenue in the west Bronx.

During his set, he decided to do something different. Instead of playing the songs in full, he played only their instrumental sections, or “breaks” – sections where he noticed the crowd went wild. During these “breaks,” his friend Coke La Rock hyped up the crowd with a microphone. And with that, Hip Hop was born.

Today’s Google Doodle celebrates the 44th anniversary of that party, which is widely credited as the birth of the Hip Hop movement.

Watch Kool DJ Herc describing how he invented the idea of playing two breakbeats together.

Hip Hop has come a long way since then. Hip-hop became a cultural movement that attained widespread popularity in the 1980s and ’90s; spawning subcultures including rapping/MCing, DJing, breakdancing, and graffiti art. Other elements include beatboxing, hip hop fashion, and slang.

“Without DJ Kool Herc, we wouldn’t be talking about hip hop” journalist and academic, Jeff Chang told BBC Culture during an interview in 2014. Chang’s award-winning book, Can’t Stop Won’t Stop: A History of the Hip-Hop Generation details the foundations of hip hop.

The nickname “Hercules” came from his height and all the time he spent in the weight room in high school. Herc names soul, rock, funk, reggae, and dancehall as his musical influences. He is known for loud systems and isolating the “break” during his pioneering influence on the nascent 1970s hip-hop scene.

Then watch and listen Herc in this segment from the 1983 BBC documentary “Beat This: A hip hop history.”