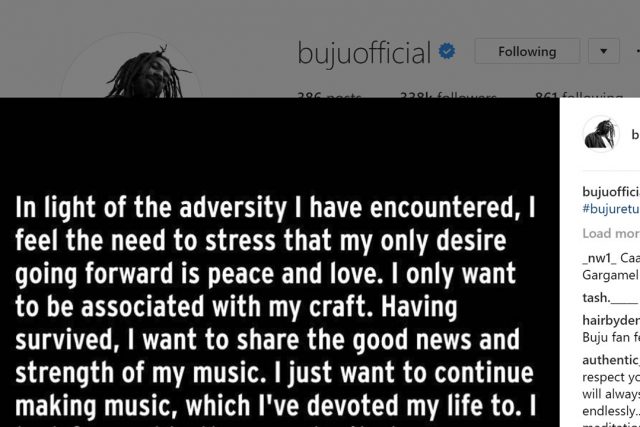 Buju Banton, whose given name is Mark Anthony Myrie, has shared an open letter with fans ahead of his release from federal prison

Buju is set to be released on December 8, 2018, from the McRae Correctional Facility in Atlanta, Georgia, according to The US Federal Bureau of Prison website.