I AM A JAMAICAN
Home Culture Dj Khaled links up with Sizzla and Bounty Killer after working with... 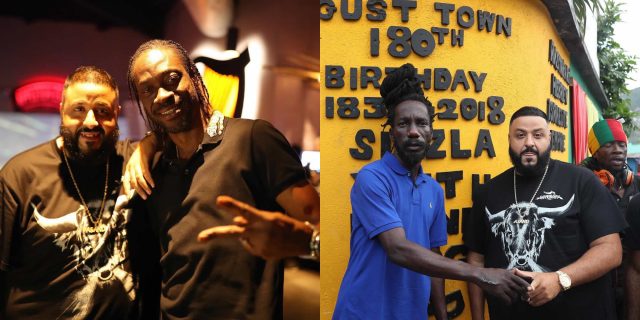 Dj Khaled has now linked up with Buju, Sizzla, and Bounty Killa since he arrived on the island on Sunday for the first time in 12 years.

On Monday, Khaled shared photos and videos of himself and Buju teaming up to add authentic Jamaican vocals to his forthcoming album, Father of Asahd.

Pure vibes at JUDGEMENT YARD ?? BLESS UP SIZZLA go to my snap chat now to witness more vibes you snap is ( DJKHALED305 ) Listing to @bujuofficial in JUDGEMENT YARD

He then later caught up with Dancehall icon Bounty Killer.

Dj Khaled’s association with reggae and dancehall music, goes as far back to the early ’90s when he often visited Jamaica to play at dancehall events, particularly the Fully Loaded series of beach parties by Solid Agency.

He has also worked with other Jamaican artistes notably, Mavado and and is also a big friend of Bounty Killer.