I AM A JAMAICAN
Home Culture Watch Trinis celebrating Buju Banton in Port of Spain with Roadshow ahead... 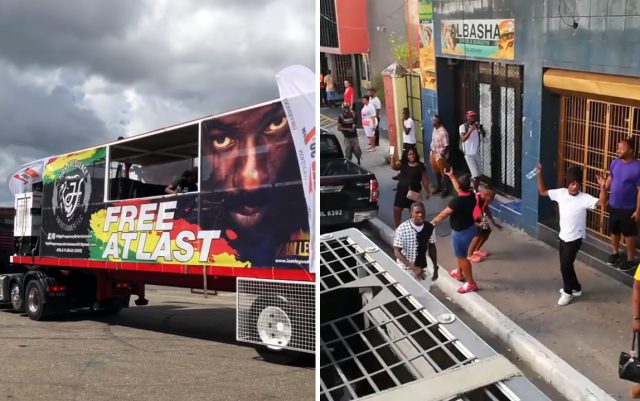 Buju Banton’s return is being celebrated around the world as within Trinidad and Tobago where ‘The Reunification Roadshow’ is underway in Port of Spain.

Promoters of the Trinidad leg of Buju’s concert set for April 2019 organized the roadshow to com­mem­o­rate the re­lease of  Ban­ton from a Unit­ed States Fed­er­al Prison December 7.

The concert will also see performances from local reggae acts.