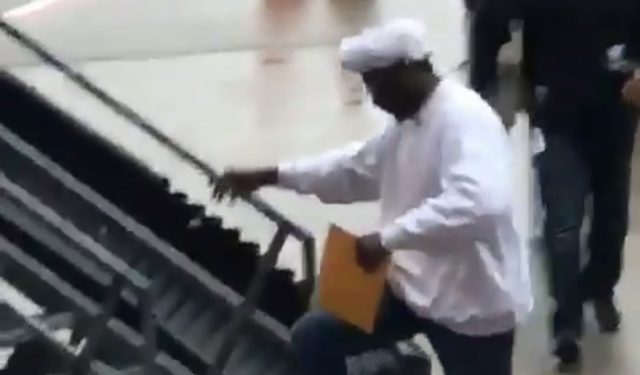 Buju Banton, whose given name is Mark Anthony Myrie, has been released from prison and is now on his way to, Kingston, Jamaica.

Buju was seen this evening boarding a plane in Miami, Florida with his documents in his hand.

Buju was released from the McRae Correctional Institution in Georgia this morning and has since been processed. He shared an open letter with fans ahead of his release.