I AM A JAMAICAN
Home Culture Watch: Drake announces that Popcaan will be signed to OVO Sound Label... 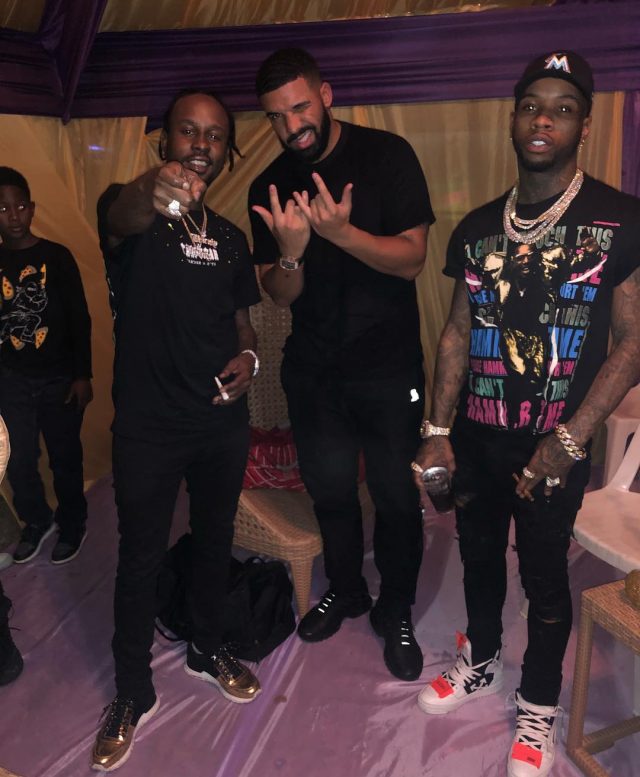 Drake, whose given name Aubrey Graham, made the announcement during his performance at the inaugural staging of Unruly Fest: Popcaan & Friends in Concert in Popcaan’s hometown, Lyssons Park, St Thomas.

Drake was followed in by Canadian rapper Tory Lanez who both arrived in Jamaica on Friday via private jet for the Unruly Fest.

OVO Sound is a Toronto-based Canadian record label founded by artist Drake, Oliver El-Khatib, and long-time producer Noah “40” Shebib in 2012. It operates as a subsidiary and is distributed through, Warner Music Group’s Warner Bros.