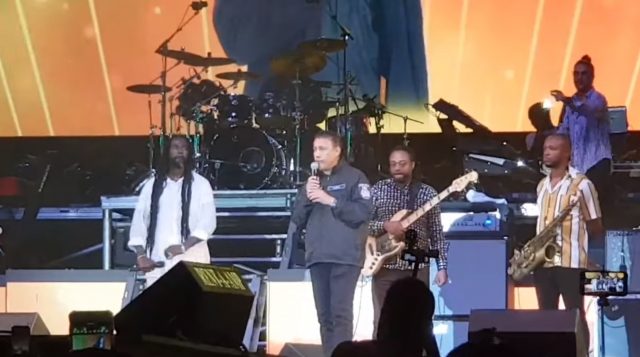 Buju Banton invited Trinidadian commissioner of police Gary Griffith on stage to accept his apology publicly during his ‘I Am Legend’ concert at the Queens Park Savannah.

Banton asked fans not to use the unfortunate incident that took place on Saturday, April 20, where the Trinidadian police raided his hotel room, as an opportunity to divide each other.

It was another great night show for Buju Banton as he rocked the packed venue with another stellar performance which marks the third stop on his Long Walk To Freedom Tour.