A heartfelt documentary about Jamaica’s swimming world record holder Alia Atkinson is set to world premiere at the Jamaica Film Festival on July 9. At the helm of the project is award-winning Jamaican television sports reporter Donald Oliver, who will be making his feature-length documentary debut with Alia: Darling of the Pool. Here’s the trailer. 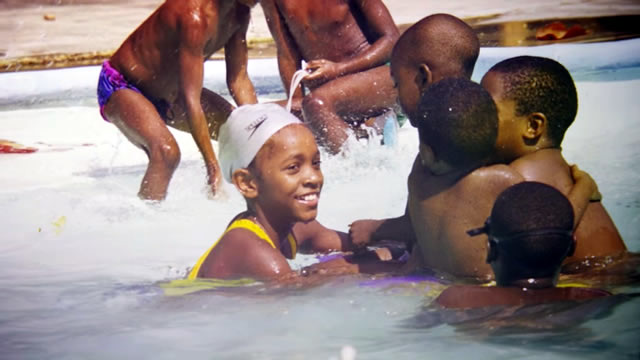 …to being the first black woman and Jamaican to earn a world swimming title after winning the 100 metre Breaststroke at the 12th FINA Short Course World Championship in Doha, equaling the world record in the process.

The majority of the documentary was shot while Atkinson was in Jamaica for the 2015 RJR Sports Foundation Sportsman and Sportswoman of the Year Awards, where she won the top prize for female athletes. 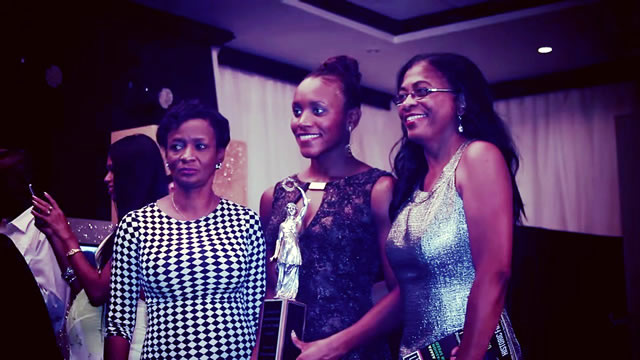 The world record holder had agreed to film the documentary, after seeing Oliver’s report on her world record effort on YouTube.

The 30-year-old Oliver, formerly of the RJR Communications Group but now at CVM Television has called his project a “Labour of Love”, and he is anxious to see how people will receive it. He considers himself to be blessed in completing this documentary with no financial backing.

Everything had to be financed out of his pockets and those of his colleague Jason Sawyers who is an executive producer on the project as well as the film’s director of photography and editor. Sawyers is part of iKon Media (based in Manchester) which assisted with equipment as well as services, all free of cost; a testament to their faith in Oliver, who started out in media as a 17 year old, one year after leaving Ardenne High.

The film was shot mainly in HD, and Oliver was able to utilise file footage, still pictures and the highlights of Alia’s career to cover interviews with family, friends, coaches and officials which formed the narrative of the documentary which will be screened at Triple Century.

The cost of such a production would run conservatively at 1.5 million dollars, however, Oliver was able to include many of his friends on board. His Minister of Music at the Apostolic Worship Centre Mark Foga along with studio engineer Oniel Smith provided the soaring original score in the trailer and film. Additional tracks were provided by Carlton Belnavis and Amor Williams while Rickroy Williams supplied his sound mixing skills.

Oliver who studied Public Relations at the UWI, Mona Western Jamaica Campus is hoping this film will open up new avenues for him, as being a documentarian for hire is one of his many dreams. As for Alia and her family, he found it a pleasure working with them. “They have such a beautiful story to tell, and I’m really glad they were brave enough to allow me to tell that story to the world,” the sportscaster said.

Alia: Darling of the Pool is one of 45 films to be screened at the Jamaica Film Festival from July 7-11 in Kingston. You can find more information at filmjamaica.com