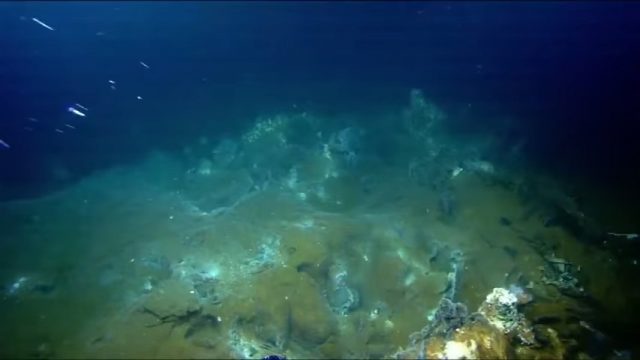 Weirdly named Kick ‘em Jenny, this volcano is about 180 meters (600 feet) below the surface of the ocean. Because of the rise in earthquake shudders (over 200 this month alone) and gas expulsions, the Seismic Research Center at the University of West Indies moved the alert status to ‘Orange’ this week but has since moved it back down to ‘Yellow.’

Earthquakes around an active underwater volcano off the coast of Grenada in the West Indies have locals worried, who have noticed more gas bubbles rising to the surface of the ocean this month.

While Kick ‘em Jenny is located 8 kilometers (5 miles) away from Grenada, the real danger is to boats coming into and going away from the island as the volcanic gas and matter could heat up the surrounding waters to a toasty 150°C (302°F).

An exclusion zone has also been marked out for passing boat traffic to stay 5 kilometers (3 miles) away from the volcano.

Kick ‘Em Jenny has erupted over a dozen times since its discovery in 1939, with its last eruption being in 2001.