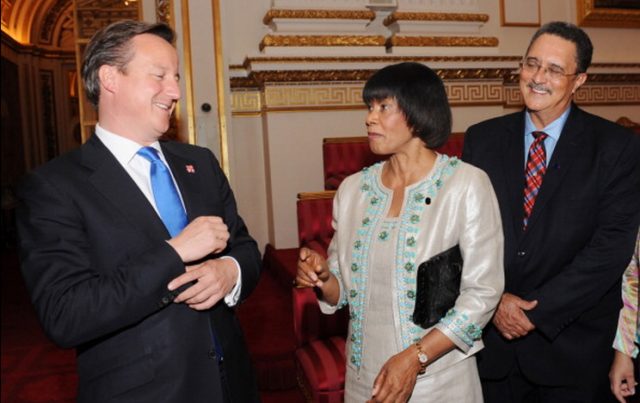 On his visit to Jamaica on Tuesday (September 29), Prime Minister David Cameron announced a £25m deal on building a prison in Jamaica so that foreign criminals in the UK can be sent home to serve sentences in the Caribbean.

The project has been agreed to break the deadlock in negotiations over a prisoner transfer deal between the two countries, BBC News reports. It’s said that more than 600 Jamaican nationals are in UK jails but cannot be deported because of Jamaica’s poor prison conditions. It was also reported that Jamaica is third highest in the list of foreign countries with nationals serving prison sentences in the UK.

UK to spend £25m on building prison in Jamaica so foreign criminals can be sent home to serve sentences there http://t.co/WnwhnEqTGl

According the BBC News, the UK will be contributing about 40% of the cost of building the planned jail, which would hold 1,500 people. It was not made known where the remaining 60% will come from. Officials say the foreign aid-funded deal could save taxpayers £10m a year when transfers begin in 2020. That’s the aim.

“It is absolutely right that foreign criminals who break our laws are properly punished but this shouldn’t be at the expense of the hard-working British taxpayer,” PM David Cameron said. “That’s why this agreement is so important. It will mean Jamaican criminals are sent back home to serve their sentences, saving the British guard of honour taxpayer millions of pounds but still ensuring justice is done,” he continued.

“And it will help Jamaica by helping to provide a new prison, strengthening their criminal justice system.” Oh, really, Mr. PM?