I AM A JAMAICAN
Home News How much should Britain pay in reparations? 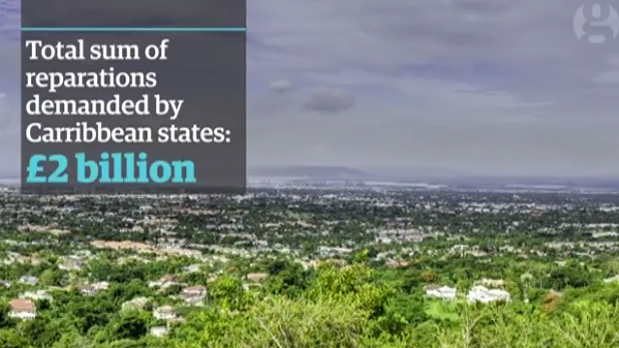 UK prime minister David Cameron faced calls for reparations for slavery on his visit to Jamaica to meet its prime minister Portia Simpson-Miller on Tuesday. Jamaican MPs planned to turn their back on him if he failed to address the issue.

Cameron reiterated the long-standing position of the United Kingdom that “we do not believe reparations is the right approach” after announcing a £25m deal to build a prison in Jamaica so that Jamaican prisoners in the UK can be sent to serve sentences on the island. Jamaicans described the deal as a slap in the face following calls for reparations from UK and demand that UK pay up. But how much should they pay?

As reported by The Guardian, after the Slavery Abolition Act of 1833, the British government agreed to pay £20m in compensation to 46,000 slave-owners. The equivalent sum today would be £2bn according to the Bank of England’s inflation calculator. The Caricom Reparations Commission has not put a figure on Britain’s reparations bill.

Instead, it issued a 10-point plan that includes debt write-offs for Caribbean governments and contributions to public health and education spending. In 2004, the Rastafarian Nation in Jamaica said European countries once involved in the slave trade, especially Britain, should pay $129bn (£72.5bn) to resettle 500,000 Jamaican Rastafarians in Africa.

How else can Britain make amends for slavery?

Jeremy Corbyn, the new leader of the opposition, Labour Party, says the UK should work to improve trade relations to acknowledge their historic debt to Jamaica. Watch the clip below.