I AM A JAMAICAN
Home News Marlon James wins ‘Man Booker Prize’ for ‘A Brief History of Seven... 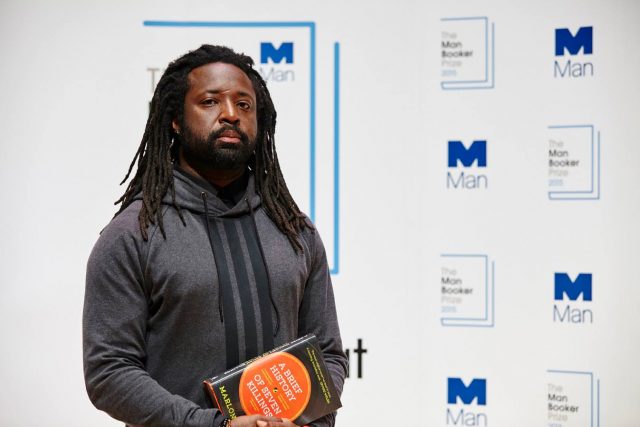 Jamaican author Marlon James has won the Man Booker Prize for his novel A Brief History of Seven Killings inspired by the attempted assassination of Bob Marley in the 1970s on Tuesday night. The 44-year-old Jamaican, now resident in Minneapolis, is the first Jamaican author to win the prize in its 47-year history.

The judges considered 156 books this year but Michael Wood, chair of the judges, described the novel as the “most exciting” book on the shortlist. The 680-page epic was “full of surprises” as well as being “very violent” and “full of swearing”. In addition to his £50,000 prize and trophy, James also receives a designer bound edition of his book and a further £2,500 for being shortlisted at London’s Guildhall.

Receiving the prize, he said a huge part of the novel had been inspired by reggae music.

“The reggae singers Bob Marley and Peter Tosh were the first to recognise that the voice coming out our mouths was a legitimate voice for fiction and for poetry,” James said.

HRH The Duchess of Cornwall presenting the #ManBooker2015 winner Marlon James with his trophy on stage at Guildhall pic.twitter.com/Bzhcbrn1jG