I AM A JAMAICAN
Home News Why PNP-JLP 3 Political Debates Should Be Broadcast on Youtube, Not Only... 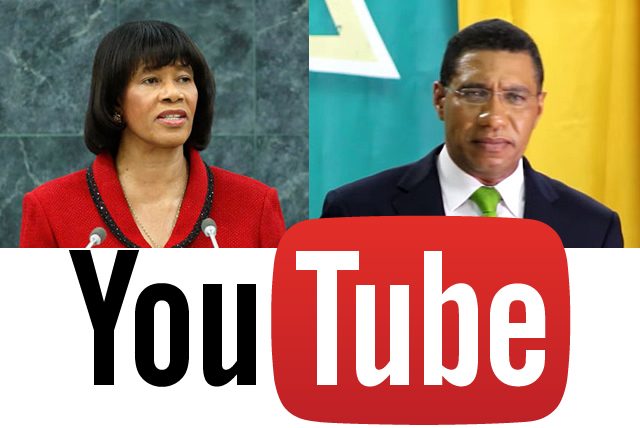 The Jamaica Labour Party (JLP) and the People’s National Party (PNP) have signed a Memorandum of Understanding with the Jamaica Debates Commission on Wednesday. The MOU states that three will be three political debates.

The first debate will be on social issues, the second on economic issues and the third will be between PNP leader Portia Simpson-Miller and leader of the JLP Andrew Holness, contenders for the office of Prime Minister, according to the Gleaner. However, the commission says the debates would be staged between Nomination Day and Election Day.

It’s 2015, and I can do a live broadcast on YouTube for the world to see directly from my Samsung Galaxy S6 Edge+ phone. If I can do that from Jamaica, then political debates between Jamaica’s two political parties leading up to general elections should be aired online, specifically on Youtube‘s platform, like PNP broadcast their 77th Conference in September — NOT ONLY ON LOCAL TV!

Why on YouTube? The video streaming service is available on phones, tablets, game consoles and smart TVs, which will allow Jamaicans all over the world to watch the debates both live on-the-go and On Demand after the live broadcast.

Not only does this give locals the opportunity to watch on-the-go but also the Jamaican Diaspora worldwide. This provides all Jamaicans the opportunity to be engaged in the conversation as it happens and most importantly hear from the horse’s mouth — not from the local media who are sometimes politically biased.