I AM A JAMAICAN
Home News Commander Janice G. Smith, First Jamaican-born, to Command a US Navy Destroyer 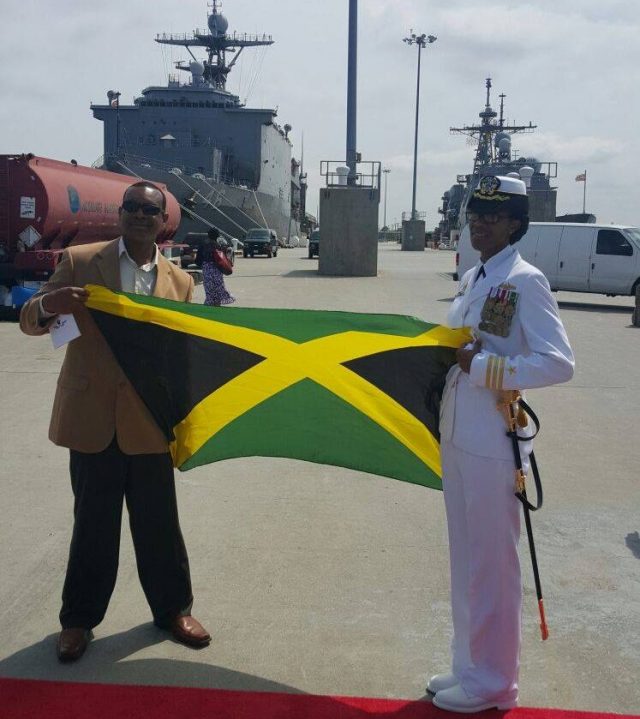 Commander Janice G. Smith became the first immigrant of Jamaican descent to command a destroyer when she assumed command of the Arleigh Burke-class guided-missile destroyer USS Oscar Austin (DDG 79) during a ceremony held at Naval Station Norfolk, May 2.

Smith immigrated to Florida with her family in 1988 after attending Bog Walk High School, Saint Catherine. The following year, she enlisted in the Navy as a mess management specialist. In 1997, she earned her commission through Officer Candidate School.

“It is a privilege and honor to command Oscar Austin, and I look forward to working with you over the next 18 months as we perform our nation’s tasking,” Smith said. “As a team we will continue to make our namesake, Pfc. Oscar Palmer Austin, United States Marine Corps, proud.”

Oscar Austin is the first Flight II Arleigh Burke-class guided-missile destroyer and is currently in a training cycle in preparation for an upcoming deployment.