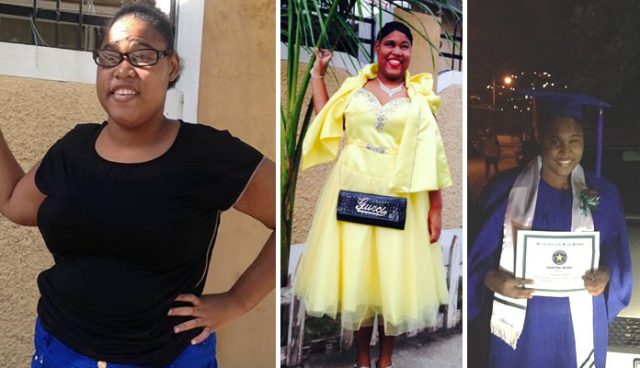 Kadian Munroe is only 19 years old, but she has an inspiring, heartfelt life story that will strike a cord within you and millions around the world. Read the email that was submitted to us today via email.

Email: “They often say that life is a gift and that you should live each day as your last. But with all good things, there is a price to pay. And, pay I did! I was born prematurely at seven months weighing 2 and a quarter pounds.

I was so little; I had to be placed in an incubator to get oxygen to breathe. There were four other babies in the incubator, and I was the only one who survived because I got the most oxygen as it was turned the highest on me. I was in the hospital for over six months on a life machine with tubes attached to me, and the nurse who took such good care of me was also blind.

My doctors weren’t sure if I’d make it, though. Well, thankfully I’m still alive today, but sometimes even the gift of life comes with a price. Due to the overdosage of oxygen, my eyes have been fully damaged, and the doctors said that it was just an accident that they failed and forgot to cover them while I was in the incubator. My parents received no compensation from the hospital, and when I got older, I was told that I’d have to deal with it.

My parents didn’t realize that I was blind until seven months after my birth, so it was too late for surgery. They didn’t even press charges or anything, but according to my grandma by my dad’s side, I should be lucky I’m only blind because I should have died in that incubator.

I understand that circumstances get the best of us at times but imagine your father telling you that he only provides for you simply because he feels sorry for you, or having a mother who’s easily manipulated by the so-called professionals at the school for the blind! We only have one on the entire Island and it doesn’t cater for students with multiple disabilities. It’s like I live in a country where persons have never heard of club foot, retinopathy of prematurity, or even depression as a whole.

Maybe they know what they are but are not familiar with the terms, or it is not taken very seriously. I honestly don’t know if Jamaica will ever be developed in such a way where the blind are respected and as fortunate as those in places such as in the United States. Being blind from birth and retinopathy of prematurity (a disease that occurs in premature babies that causes abnormal blood vessels to grow in the retina that leads to blindness) is overlooked here mainly because too many persons believe that it’s easier for us. Well, I’ve done my reading and research shows that ultimately it is harder to be blind from birth then losing your sight later on in life.

When you don’t have the support, the technology, and the resources, then how can you function properly? This is the only life I’ve ever known, but that doesn’t make it any easier to deal with and if admitting that I can’t cope with blindness here makes me any less of a person, Then I’m totally cool with that. This is why I think it’s important that these issues should be discussed especially in developing countries like Jamaica.

Many parents don’t know or understand the challenges that await them so when they arise. These problems are ultimately ignored. I realized that I was totally blind when I was like 13 years old when I attended mainstream school. Maybe I always knew that I was different (special, gifted, or however else you name it), but it was at this point that everything started making sense.

I have club foot, so I can’t walk in certain types of shoes, or I’ll get blisters on both sides of my feet. I can’t even wear contacts because my eyes weren’t fully developed at birth, but, sadly, these problems weren’t looked into when I was born. I guess it was unnoticed and when I got older, it was too late to do anything about it. I don’t even think that the school does any evaluation to determine whether or not a child has multiple disabilities such as autism or a learning disorder.

At the end of the day, the child is the one who is usually blamed for not trying hard enough or they make petty excuses for their lack of willingness to genuinely care: I should know because I was a victim of this. Many of these challenges are overlooked or neglected, Because, it is impossible to make everything out of little to nothing. There is no welfare for us, and many families live in the rural areas living below the poverty line. My reality is that even when the challenges are visible, if I don’t have a solution, then they won’t be resolved!

My heart really goes out to persons [live with any] disability: Autism, Down Syndrome, Sensory Processing Disorder, Echolalia, etc. Sometimes, I think we try too hard to fit in with ignorant persons and society’s crazy expectations, but I know how negative stereotyping can affect a person physically and especially emotionally.

There are times when I just want to give up and call it quits! I’ve had bees days when I have to really wonder if what I’m experiencing is actually real, days when everything just seems so fake or just not worth it. Even though my parents knew that I was getting bullied, nothing was really done about it, though.

When I was at the school for the blind, I was bullied but was told I had to stay there because it was for the best. Then in mainstream school, with all due respect, I guess it would be harder to move me from that school because they had already paid the entrance fee. It isn’t easy to pay $20,000 or more to enter a school and then enroll at another institution. Public school isn’t free here and at the time, I wasn’t smart enough to think about suggesting transferring to a private school.

Even if I did, though, I doubt they would’ve taken this into consideration, not so much because of the money but they never really believed me to begin with and basically got frustrated and ignored it when they saw the reality. I guess in their eyes, I just wasn’t good enough to deserve any better because according to them, it was always my fault that I got bullied in the first place. I wasn’t the most productive, smartest, most logical thinker or most favorable person to be around.

I always had to do more because try as I might, I was just not good enough. Blindness for me contributes to just about every aspect of my life, and my parents physically provide for me, but they lack emotional support. This world is filled with so many beautiful and inspiring people, but, many times, we failed to see that.

We are so concerned with physical appearances that we failed to see what is beyond that! Regardless of my disability, I want to be treated like a human being. I mean having someone bump into objects on purpose is just plain mean.

Imagine if somebody gave you a bottle filled with dirty water and stuffed a bag with paper, and said it was patty and soda. Or, getting labelled an outcast by the blind population because you think and process information differently than they do! It’s sad though because I have friends from America who say they don’t want welfare for it is pity money or that they’re just getting too much help from the government.

Everyone has their own personal battles to fight, and this is mine. I carry around a heavy classic Perkins Brailler, a typewriter, every day, but yet still, I’m called lazy!

I try so hard to ignore ignorant persons and to educate them on my disability and eye condition, but I’m still considered ignorant and a dreamer. I tried to do as much as I can with the little that I have, my cane, my Brailler and my iPhone, which is by far the most efficient and accessible technology I own.

How hard can a person try before they lose it? I mean, we’re all human beings, and we all make mistakes, but I don’t think that I should have to pay for being human. I have been done many injustices, and I have gotten no compensation for them, from friends, family, teachers and classmates but for that, I’m thankful. After all, without it, I probably wouldn’t have a story to share in hopes of inspiring others and more importantly, inspiring myself to do so much better.

I might just be 19 years old, but I want better for myself, and I know it’s possible with the help of Jesus Christ. Besides, I still have to visit the ellen show, hang out with Justin Bieber, meet my favorite voice actress Brittney Karbowski and take a trip to Disney World.

If you are completely cited or have some usable vision, enjoy those beautiful things around you, like the sun, moon, the stars, the sky and the ocean. Enjoy looking at the beautiful faces of those who you love and of those who accept the person that you are. If you’re blind and you have opportunities, then take them! Remember, though, not all chances are worth taking, you don’t need to prove to society that you’re an amazing person. Only you can know who you really are, so just continue to be yourself and let your beauty shine within you. 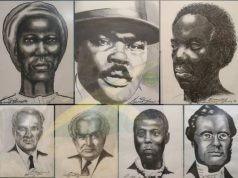