I AM A JAMAICAN
Home Sports Jamaican Sprinters 2nd, 3rd and 5th in the Women’s 200m

World Champion Shelly-Ann Fraser-Pryce withdrew from the 200m at the Golden Gala IAAF Diamond League in Rome after suffering a minor injury, according to reports. She arrived at the warm-up track minutes after 5 p.m. along with coach Stephen Francis – over two hours before she was scheduled to feature in her third 200m of the season. 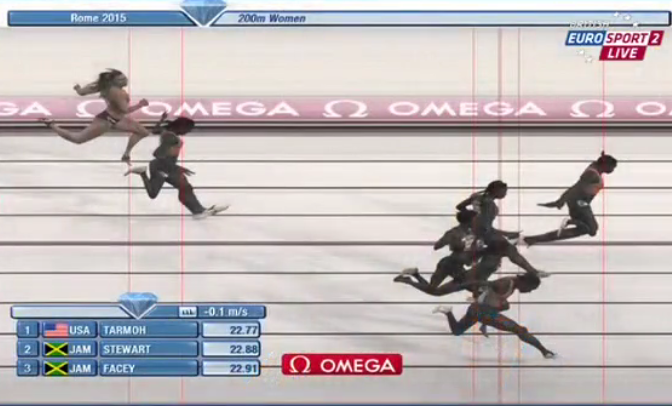