Six-time Olympic champion Usain Bolt has taken note but is not worried about facing American sprinter Justin Gatlin. The America has set the fastest times already this season posting 9.74 and 19.68 in the 100m and 200m respectively. Gatlin has since declared himself the “man to beat” sending a strong warning to the Jamaican superstar, who will be defending both the 100m and 200m World titles in Beijing this year. 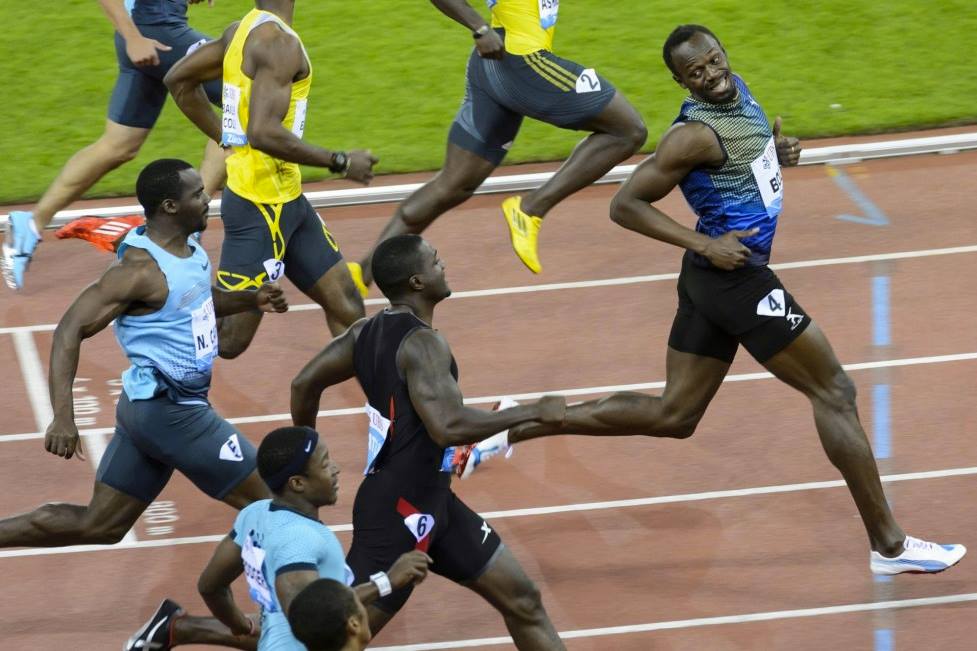 Bolt, speaking to reporters at a press conference at the Grand Hyatt in Manhattan, New York said he is focusing on his 200m race tomorrow and that he is working to be ready in time for the August 22-30 IAAF World Championships.

“Its hard not to see what [Justin] Gatlin is doing, he talks a lot but I never worry. I have 12 weeks to get ready and I’m just working myself into shape, when I get to Beijing I will be ready to go,” said Bolt.

Bolt enters tomorrow’s 200m with a modest season best of 20.13, which he clocked in his last race at the Ostrava Golden Spikes meet late last month. The 28-yeard-old Jamaican says he will be looking to go below 20 seconds at Saturday’s Diamond League meet.

“I want to focus on the technique tomorrow, but I definitely want to go below 20 seconds,” Bolt said.

“Competition keeps me going, I live and strive off competition; I look forward to competing against the best, it keeps me motivated,” Bolt added. “I’ve been in the sport for years and I’ve never dodged anybody. When it matters, I’ve always showed up and shown that I’m the best,” he added. “Gatlin has been doing a lot of talking, saying a lot of things. He’s proved he’s running fast times and he’s ready. So it should be exciting going into the World Championships.”

He also said the suspense of how the sprinters shaped up against one another could help build interest in the world championships. “People can look forward to the championship. What’s going to happen?” he said.