Asafa Powell, an iconic Jamaican sprinter, a beloved and a well-respected athlete in the hearts of the Jamaican people but we want him to be an icon worldwide. Whenever anyone mentions sprinting anywhere in the world Asafa’s name should be on their lips. His achievements globally spoke volumes to his underlying potential but could have arguably been that much more pronounced. He held the 100m World Record from June 2005 to May 2008 with a time 9.77 and 9.74 respectively.

Powell’s personal best time of 9.72 set in September 2008 is the fifth fastest time in the history of the event and holds the record for the only athlete to run under 10.00 seconds 85 times. 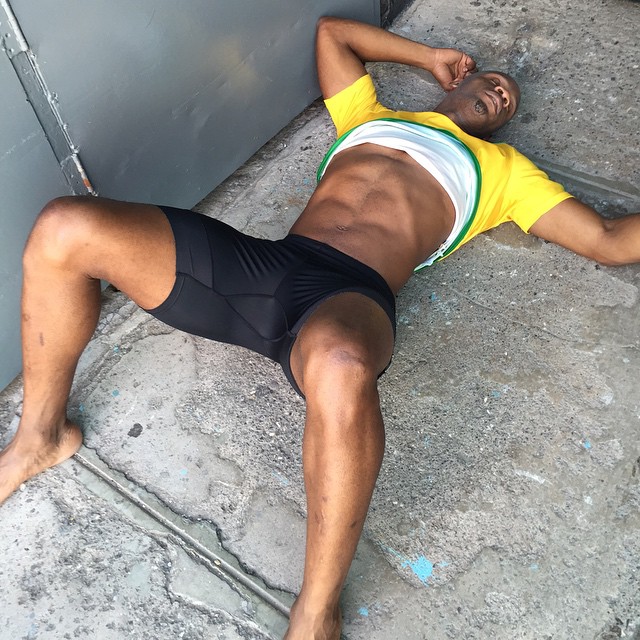 However, throughout his professional career, Powell sometimes appears to be a perturbed figure causing him to disintegrate when he lines up with his biggest competitors for the most anticipated sprint events where he is expected to dominate.

More often than not, he gets a good start but with 60 meters into the race it seems he tightens up which compromises his overall performance hence costing him the race each time.

Since the beginning of this season under the tutelage of his new coach, his brother, Donovan Powell, the sprinter has displayed to be more purposeful and distinguished as we’ve seen in his two most recent races.

He ran an impressive 9.85 at the Jamaica International Invitational (JII) Meet in May…

We all wait with bated breath to see how he will deliver at the national trials come June 25 – 28.