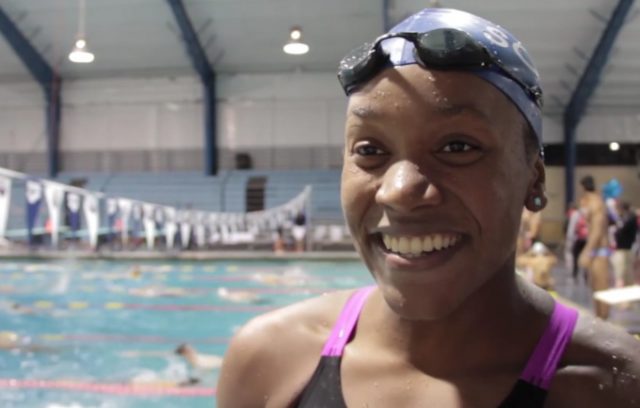 In 2014,  Atkinson equalled the world 100 meters breaststroke record to become Jamaica’s first ever swimming world champion, and the first black woman in the sport’s history to win a world title.