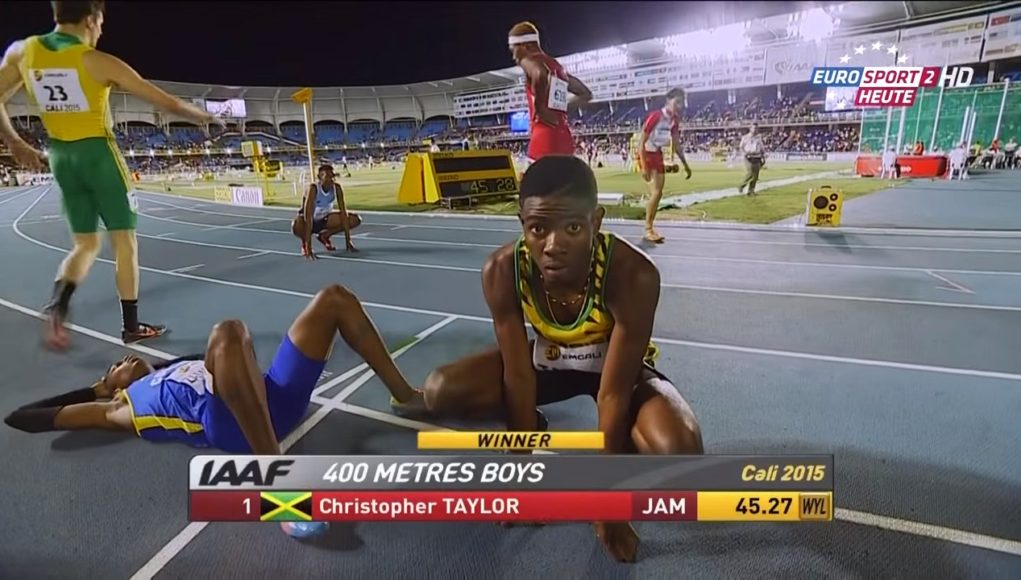 Christopher Taylor won Gold in the Boys’ 400m final on day 3 of the 2015 IAAF World Youth Championships in Cali, Colombia on Friday.

Taylor now has four of the fastest times in the world including 45.30, 45.55 and 45.69 performances, and had confident victories at the 2015 CARIFTA Games and Cayman Invitational.