I AM A JAMAICAN
Home Sports Watch This: Rasheed Dwyer Wins Silver in Men’s 200m Final at Pan... 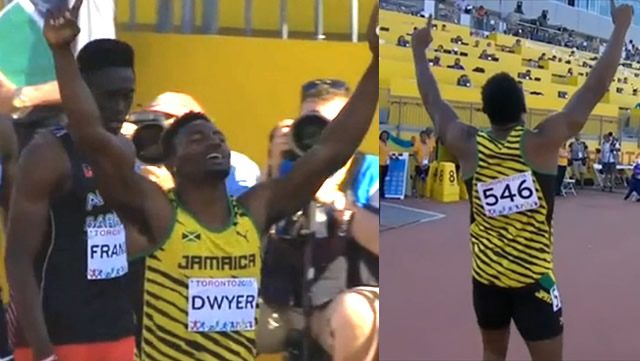 Rasheed Dwyer won the silver medal in the Men’s 200m at the 2015 Pan Am Games on Friday, losing the gold to Canada’s Andre De Grasse, who stole the win. Dwyer clocked 19.90 behind Andre De Grasse’s new personal best of 19.88. 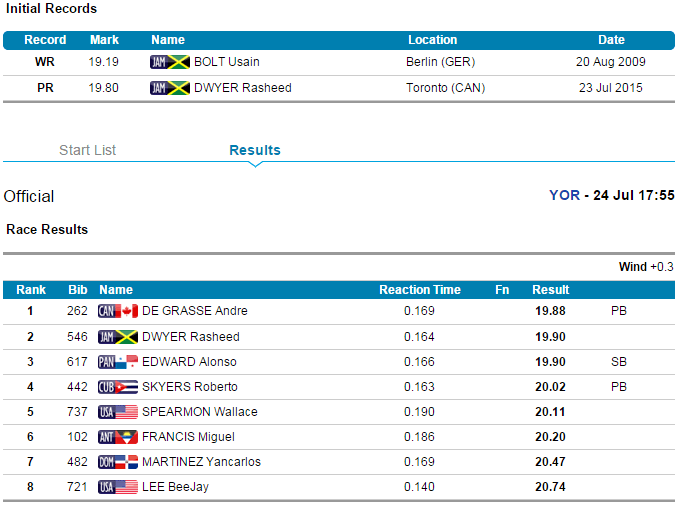