I AM A JAMAICAN
Home Sports Watch: 4 Jamaicans Qualify for the Men’s 200m Semi-final 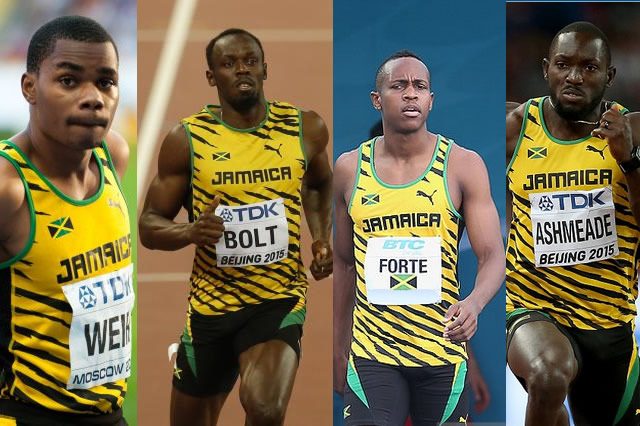 On Tuesday, Warren Weir, Usain Bolt, Julian Forte and Nickel Ashmeade ran the Heats of Men’s 200m and secured their spot in the semi-finals of the World Championships in Beijing, China.

The four Jamaicans will compete in the semi-finals set for 8:30 am ET or 7:30 am Jamaica time on Wednesday, August 26, Day 5 of the Championships.

Nickel Ashmeade chased Justlin Gatlin in Heat 4 to qualify for the semi-finals – 20.40.

Warren Weir cruised to secure his spot in the Men’s semi-final after finishing second in the Heat 5 in 20.24