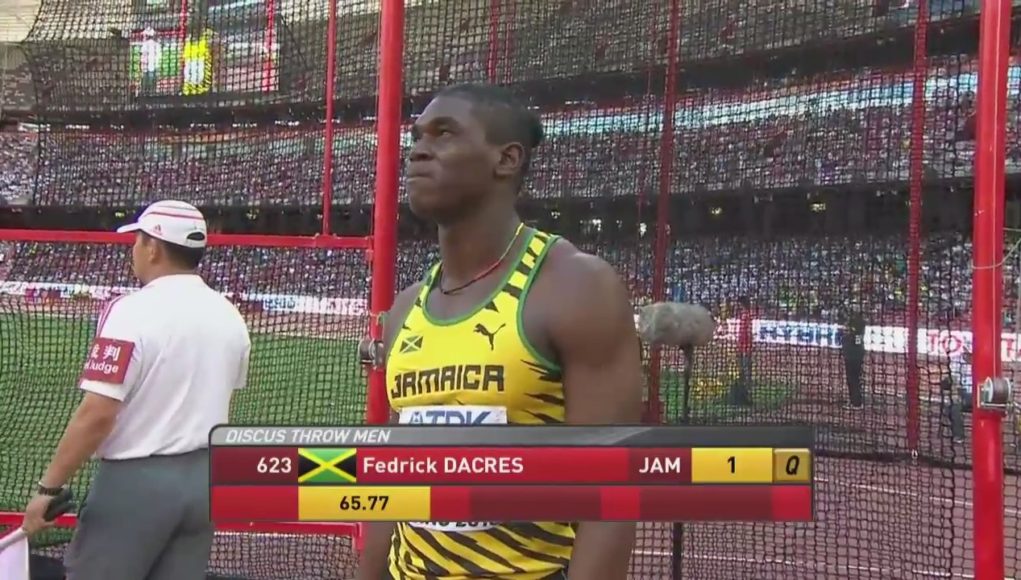 Dacres, the Pan American Champion, was one of two athletes from a field of 15 competitors in group A of the qualification round to throw beyond the distance of 65.00 required to advance automatically to the final. He threw the Discus 65.77 meters, making him the number one in the group. Watch his post-throw interview.

Poland’s Piotr Malachowski recorded the second furthest distance in group A to also automatically qualify for the final. He threw to 65.59 meters on his third attempt. Jamaica’s two other throwers, Jason “Dadz” Morgan and Chad Wright, did not make qualifying mark after recording 60.85 and 61.53 respectively in group B.

In August, Morgan, the national record holder Morgan and 2014 Commonwealth Games bronze medalist, threw 68.19 meters to secure his qualification for the World Championships.