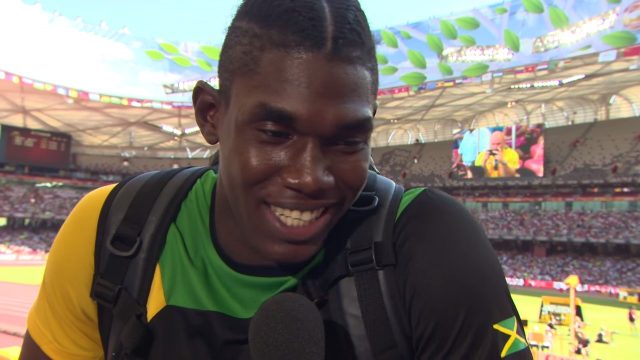 Jamaica’s Fredrick Dacres is first Jamaican to qualify for Discus Throw final at the world championships! Despite advancing to into the final with the lead throw after his first attempt at the IAAF World Championships in Beijing, China, on Thursday, he finished seventh in the final on Friday.

The National champion threw the Discus 64.22 meters on his first attempt but was unable to further in subsequent attempts.

The 21-year-old was one of two athletes from a field of 15 competitors in group A of the qualification round to throw beyond the distance of 65.00 required to advance automatically to the final. He threw the Discus 65.77 meters, making him the number one in the group.

The Discus Throw Final was won by Piotr Malachowski of Poland, who landed 67.40m. Belgium’s Philip Milanov finished second with a throw of 66.90 and Poland’s Robert Urbanek threw a distance of 65.18 to walk away with the bronze medal.