I AM A JAMAICAN
Home Sports Team Jamaica Won 12 Medals in Nine Days, These Are All The... 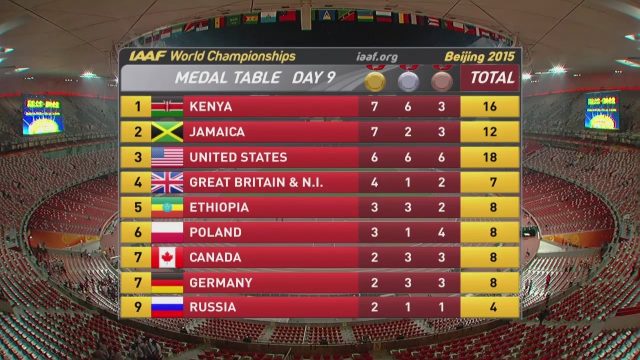 Jamaica claimed 12 medals to finish second on the medal table after nine days of intense competitions at the 15th IAAF World Championships in Beijing, China. Among the 12 medals is a record of seven gold medals, matching the number of gold medals amassed by Kenya, who end the championships at the top of the table.

Jamaica have surpassed the nine medals it claimed at the 2013 World Championship in Moscow, Russia. Jamaica took home six gold, two silver and a bronze medal.