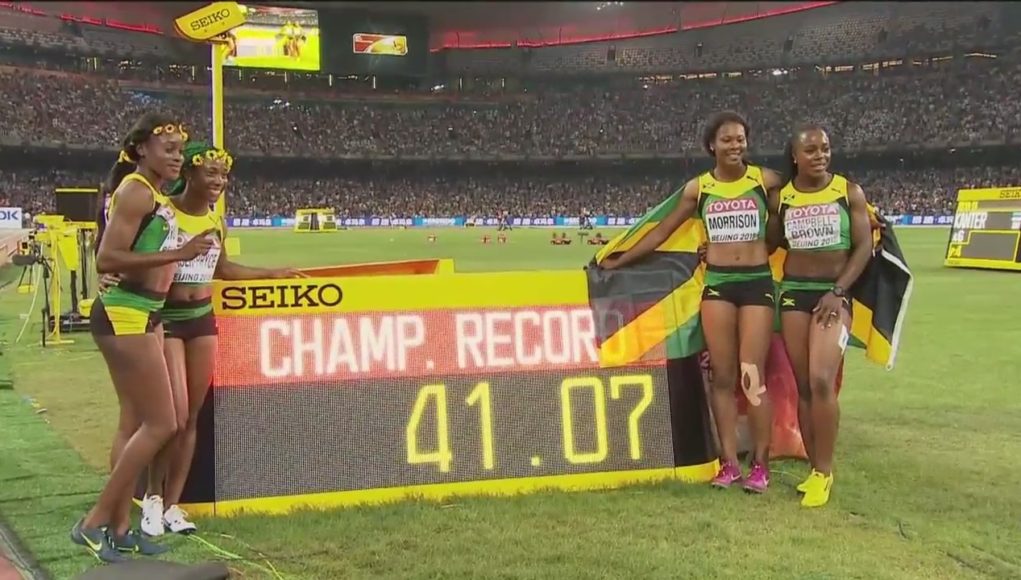 Shelly-Ann Fraser-Pryce anchored Jamaica’s Women 4x100m Relay team help win the gold medal in 41.07, smashing the Championship Record (41.08) at the 15th IAAF World Championships in Beijing on Saturday. It was an explosive start from Veronica Campbell-Brown who passed the baton to Natasha Morrison, Elaine Thompson to Fraser-Pryce to beat the Americans, who won the silver medal in 41.68.

Earlier, Shelly-Ann Fraser-Pryce helped to secure Jamaica’s place in the 4x100m Relay Final, winning Heat one in world leading time of 41.84. Sherone Simpson kicked off the action and passed it the baton on to Natasha Morrison, who then gave it Kerron Stewart to Fraser-Pryce.