I AM A JAMAICAN
Home Sports Watch: Justin Gatlin Gets Emotional During Interview After Being Defeated By Usain... 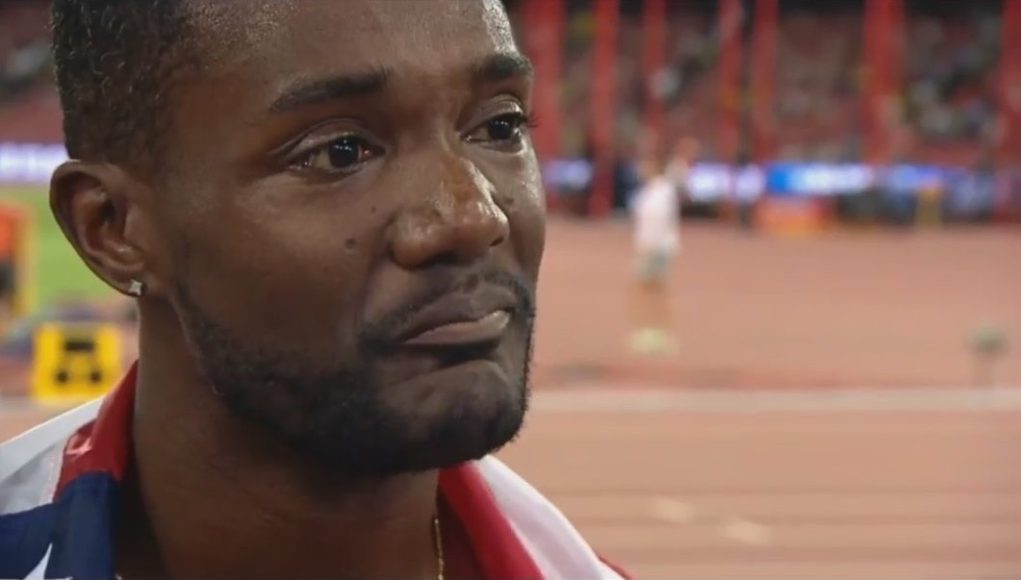 American sprinter Justin Gatlin, 33, who was twice banned from international competition for doping, invoked his faith Sunday when he declared himself “a[n] honest Christian man” after he was questioned about running the best times of his career this year.

Prior to losing in the 100-meter final at the IAAF World Championships in Beijing on Sunday to Sprint superstar Usain Bolt, 29, Gatlin was unbeaten in 29 races before the Beijing final.

How great is this photo of Usain Bolt with Justin Gatlin in the background? @usainbolt takes gold #BoltGatlin pic.twitter.com/Amg8eE57Sv

Gatlin was banned from international competition for two years in 2001 after he tested positive for amphetamines. He appealed the ban charging that the positive test was due to attention deficit disorder medication he had been taking since his childhood. This led to an early reinstatement to the competition.

On July 29, 2006, Gatlin revealed to the media that the United States Anti-Doping Agency had informed him of a second positive doping test.

He later revealed that the positive test was as a result of testosterone cream that had been rubbed into his legs by a massage therapist who had a grudge against him. Gatlin thought the cream was a harmless lotion. “Everyone wants to win,” Gatlin added after the race. “I came out here and got nipped at the line by the great Usain.”