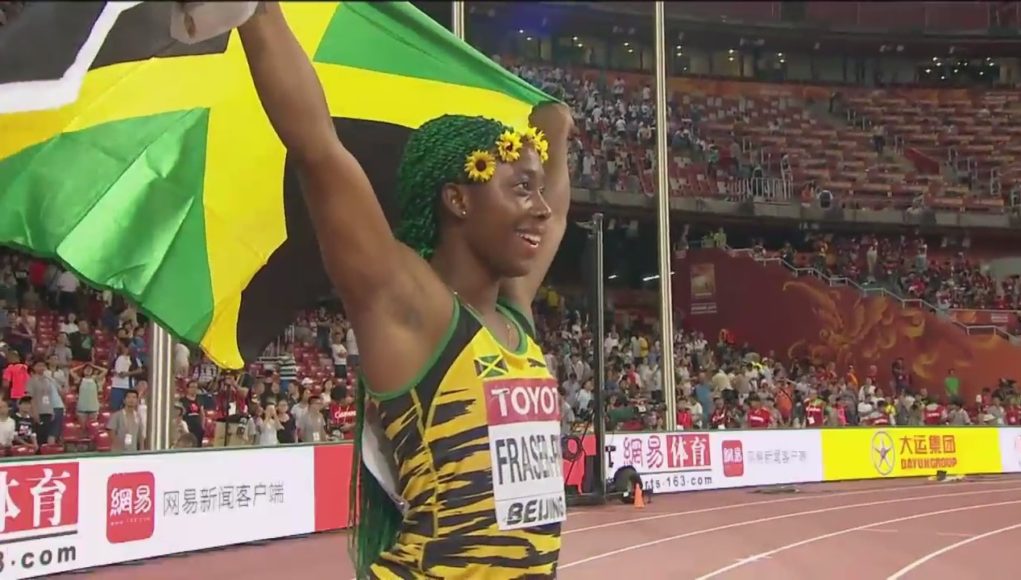 Shelly-Ann Fraser-Pryce becomes the first and only woman in athletics history to be crowned 100m world champion three times — 2009, 2013 and now 2015! 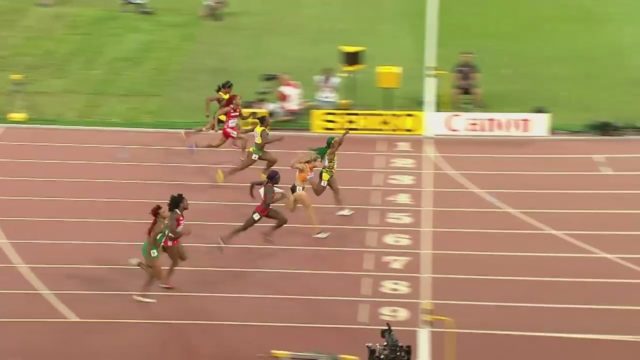 Fraser-Pryce clocked 10.76 in an impressive form to win gold beating Dafne SCHIPPERS (10.81) from the Netherlands and America’s Tori BOWIE (10.86).

Watch the video of the race below.Fraser-Pryce is also the only female athlete to hold both titles on two separate occasions: the 2008 Olympic title and 2009 world title, and the 2012 Olympic and 2013 World title.