I AM A JAMAICAN
Home Sports Watch Usain Bolt: “Thanks for the support…. I’ll continue do my greatest!” 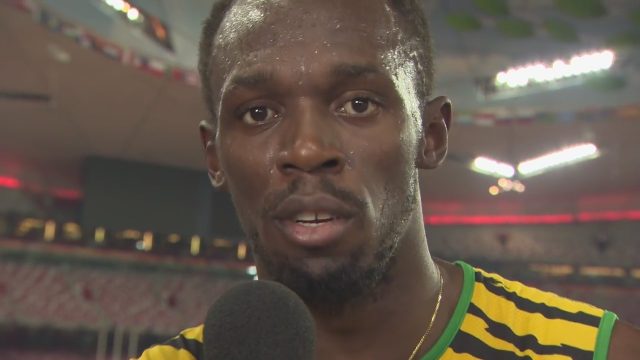 After the six-time Olympic champion and world record-holder Usain Bolt won his tenth world championship gold medal on Thursday, Bolt gave an heartfelt interview thanking his coach, doctor and fans. “Thanks for the support. You guys have shown me a lot of love. All the guys who have doubted me, thanks also; because you helped to push me,” the sprint king said.

The living legend clocked 19.55 in the Men’s 200m final on Day 6 of the IAAF World Championships in Beijing, China, to claim his fourth consecutive world 200m title.