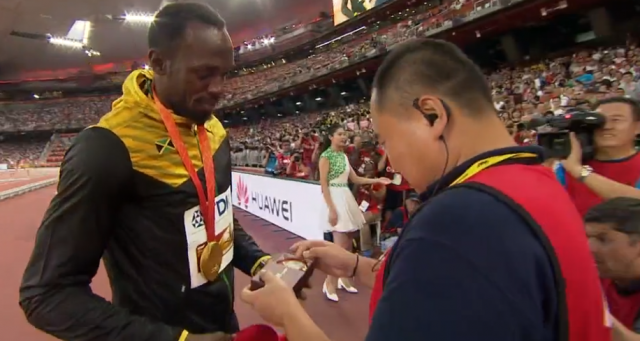 The cameraman who crashed into Usain Bolt while riding a Segway at the World Track and Field Championships on Thursday presented Bolt with a red bracelet after Bolt’s 200m medal ceremony on Friday in Beijing.

Song Tao, of China’s CCTV, apologized to Bolt, according to reports. They shook hands, and Bolt patted Song on the back on Friday.

“The important thing is that he is OK,” Song said via a translator, according to the Guardian. “I’m fine and ready to get back to work.”