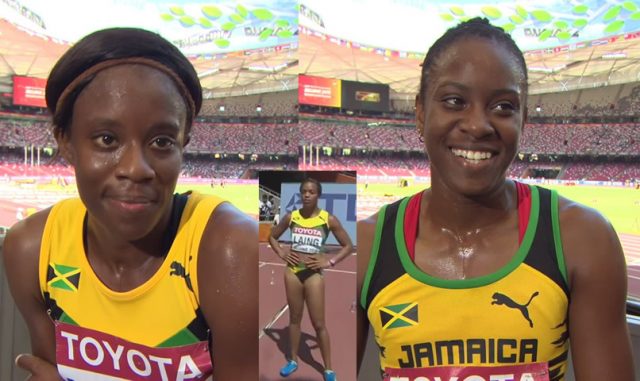 Three Jamaicans secured their place in the Women’s 100 Meters Hurdles semi-finals scheduled for 7: 25 a.m. ET on Friday. On Thursday, sisters Danielle Williams  and Shermaine Williams finished first and second in their respective heats. The third Jamaican hurdler, Kimberly Laing, finished sixth but qualified for the semi-final as one of the fastest losers.

Kimberly Laing ran a strong race in Heat 3 and managed qualify for the semi-finals as one of the fastest losers. Laing finished sixth in 13.10 seconds behind America’s National Champion Dawn Harper-Nelson (12.79), winner of the heat.