I AM A JAMAICAN
Home Sports Jamaican Kid Trainer Challenges Usain Bolt to a Race! 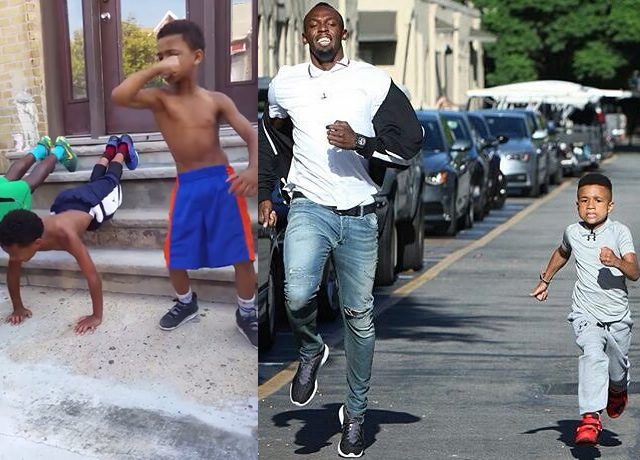 Viral video star Demarjay Smith and sprint legend Usain Bolt ran a race for the world to see. The 8-year-old fitness star was invited on “The Ellen DeGeneres Show” on Tuesday to speak about his viral video on what inspired him to begin helping others to get in shape, and was surprised when Olympic gold medalist sprinter Usain Bolt showed up and challenged him to a race.

Bolt announced on his social media accounts yesterday  that he will be a guest on the show on Wednesday, October 7. Knowing Bolt, there’s no doubt that this will be a fun show. The hour-long, five-days-a-week, American talk-variety show hosted by comedian/actress Ellen DeGeneres can be viewed on all these channels/network.

READ: Usain Bolt Says He Could Retire After Rio Olympics But It Depends On…