I AM A JAMAICAN
Home Sports Novelene Williams-Mills Honoured For Excellence, Order of Distinction

Novelene Williams-Mills, World Championship relay gold medallist, received the Order of Distinction in the rank of Officer (OD) at the National Honours and Awards Ceremony at King’s House on Monday, October 20. The honour was bestowed on her for excellence in sports.

The Order of Distinction is the sixth in order of precedence of the Orders of Societies of Honour, which were instituted by an Act of Parliament (The National Honours and Awards Act) in 1968. The Motto of the Order is, ”Distinction Through Service’.

Being honored as Order of Distinction #nationalheroesday

The Honour of the Order of Distinction is conferred upon Members – Citizens of Jamaica who rendered outstanding and important service to Jamaica; Honorary Members – Distinguished citizens of a country other than Jamaica.

Me and the family enjoying my induction ceremony for the Order of Distinction #nationalheroesday A photo posted by Novlene Mills (@williams_mills) on Oct 19, 2015 at 3:43pm PDT

Williams-Mills, who hails from Gravel Hill, in St. Ann, was also honoured with the Courtney Walsh Award for in sports last week. 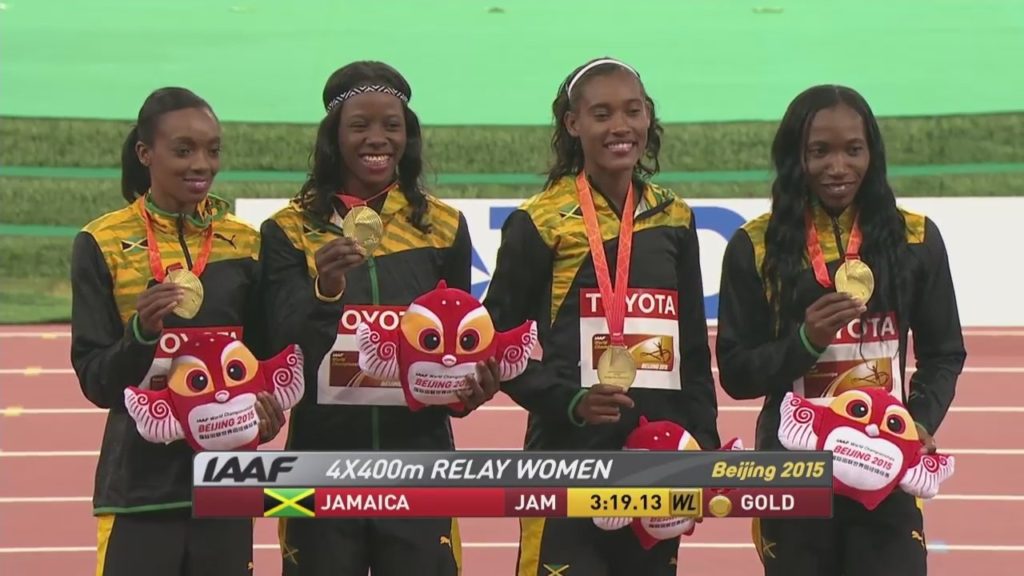 At the recently concluded 2015 World Championships, Williams-Mills ran a brilliant and strong achor leg to steal the gold medal away from Team USA.