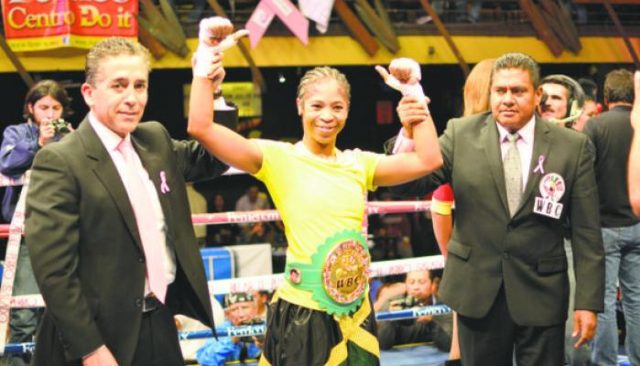 Ashley’s record now stands at 21-10-1 with 4 KOs and she is ranked first in her division by BoxRec.

The Jamaican-american, 48 years, is a former world titleholder who currently owns the Guinness World Record as the ‘most mature’ female boxing world champion. She first earned the distinction on Oct. 13, 2013, when she defended the WBC Super Bantamweight belt with a victory over Zenny Sotomayer in Tijuana, Mexico, at 46 years thus etching her place in the renowned global archive.

Here’s why you haven’t heard of her until now.

Watch Ashley discuss her career and the importance of female boxers being recognized as male boxers are in the U.S. Published on 11 Feb 2015.