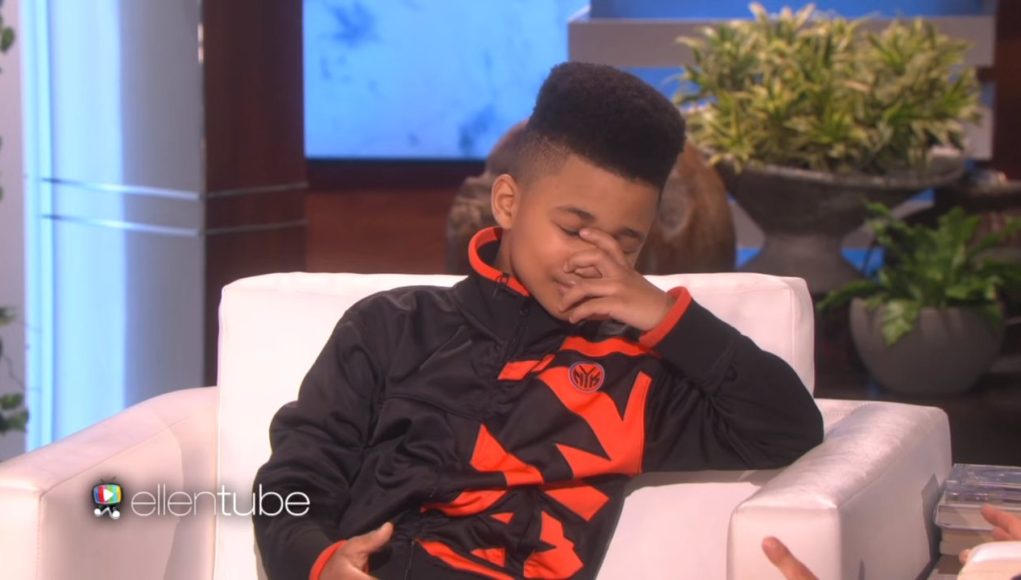 Demarjay Smith has been gifted an all-expense-paid trip to watch the 2016 NBA All-Star Game to be held on Sunday, February 14, 2016. While there he will receive VIP treatment at the in the ‎Air Canada Centre in the city of ‎Toronto, Ontario, Canada where the game will be played.

The 8-year-old was invited on “The Ellen DeGeneres Show” Tuesday, making it his third appearance on the show in less than six months — an hour-long, five-days-a-week, American talk-variety show. His last appearance was in December following his first in October, where he challenged Usain Bolt to a race for the world to see.

Smith, who loves basket ball and is a huge fan of the New York Nicks, was surprised to learn that he will be Ellen’s ‘correspondent’ and get to meet the players. “I love Demarjay so much that I’m sending him to the NBA All-Star Game,” Ellen shared on all her social media pages — boasting over 80 million fans/followers.

The Young Jamaican Trainer rose to prominence in 2015 after he uploaded his fitness video on YouTube. Shot in Bronx, New York, the of video went viral after popping up on Facebook, garnering over 25 million views.

Hosting its 65th edition, NBA All-Star is an exhibition basketball game that will be played. The NBA All-Star game is not the only event of the weekend. On Friday night, the Celebrity Game will kick off the All-Star weekend by pitting Team Canada coached by Canadian Rapper Drake against Team USA coached by American comedian Kevin Hart. The game will be televised on ESPN and feature a plethora of celebrities battling it out in hopes of helping their home country reign supreme.