I AM A JAMAICAN
Home Sports Jamaican Diver Yona Knight-Wisdom Has Made History in Rio, Again 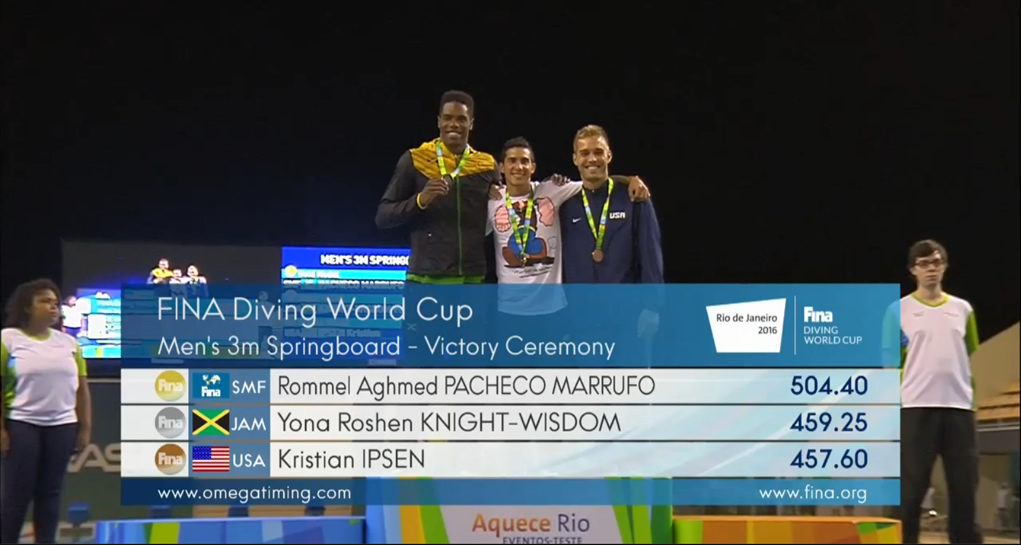 Yona scored 397.90 points in the Men’s 3m Springboard preliminaries (Feb. 21), where he made history over the weekend.

Yona scored 427.40 in the semi-final on Monday to advance to the Final.

He won the silver after he scored 459.25 in the Men’s 3m Springboard Final.