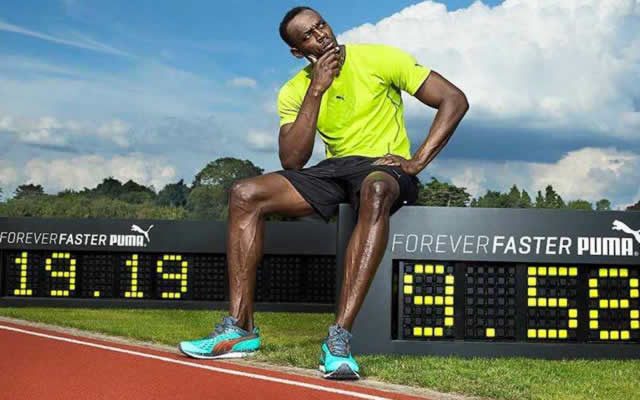 Usain Bolt has brought a lot of money to Jamaica on many weekends. If any international company is thinking of shooting Usain Bolt for an ad campaign, you best start location scouting in Jamaica.

Bolt stipulates that all photo shoots with him must be done right here in Jamaica. This is one of the many ways in which he’s giving back.

“When we started out people always wanted to do the shoots in Miami, Los Angeles and all over the world,” Bolt revealed during his unprecedented third consecutive appearance on personality programme, Profile aired on Television Jamaica on Sunday, January 21.

“They used to say, ‘Oh, thanks for bringing the shoots here,'” he recalled. “We decided that you know what, we will be doing a lot more shoots. So any contract we sign, the shoot has to be in Jamaica. So we can give people jobs and help people. Over the weekends, we’ll have like over one hundred, two hundred people [working] depending on how big the shoot is.”

He added, “It [must be] in the contract that they’ll do the shoots here, unless they don’t have the equipment. But as long as they have the equipment, it has to be [done] here, so I can help the economy. I’ve helped a lot of people, and they always thank me. They would say, ‘Big up Usain, you really helped us, bringing the jobs here.'”

Bolt also spoke about his Foundation that has donated millions to schools in Jamaica in recent months. “I have a foundation that’s aimed [in helping] younger kids; to work on schools and things like that,” Bolt said during the 25-minute long interview. “I do a little charity ‘on the side,’ but I don’t really talk about it,” Bolt said before chuckling.

I really try to help and really try to give as much as I can. As long as I have it [on me], I give,” he continued, referring to handouts, which he said gets ‘out of hand’ some times. “It’s just a part of me. I also try to give a lot back to my community because I know the struggles; I came through it, and I see a lot of kids in the struggle.”

As for Rio, he reminds us “As long as things go smoothly,” him referring to training, “I will come out victorious, I will keep flying the flag high, I will keep doing great things for the country.” He also reminds us he is going after his 200m record. “That’s one of the focus. I will be pushing myself this season and try to surpass my legendary status,” a relaxed and articulate Bolt said. Usain Bolt our ambassador for a lifetime.