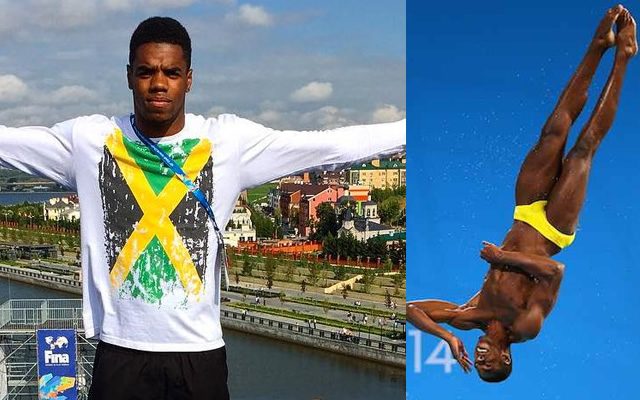 Yona Knight-Wisdom has made history after he scored 397.90 points in the Men’s 3m Springboard dive preliminaries at the 2016 FINA Diving World Cup held in Rio de Janeiro to become Jamaica’s first male diver to qualify for the Olympics on Sunday, February 21.

The 20-year-old 2016 Olympic Games qualifier has advanced to the semi-finals set for Monday, February 22, 2016. Yona was placed 17th in the prelims

Words from his coach Edwin Jongejans:

What a great day for #TeamJamaica and @YonaKW. Showed what he was capable off! I’m a proud and happy coach today???? pic.twitter.com/Y4OR4zy3en

The FINA Diving World Cup, which doubles up as the Rio 2016 test event for the sport, will not only provide athletes with a chance to compete at the Olympic venue, also offers the best opportunity to qualify for the Games, with 88 places up for grabs.

Massive congratulations to Yona on the biggest day of his life! Officially an 2016 Olympic Games qualifier!