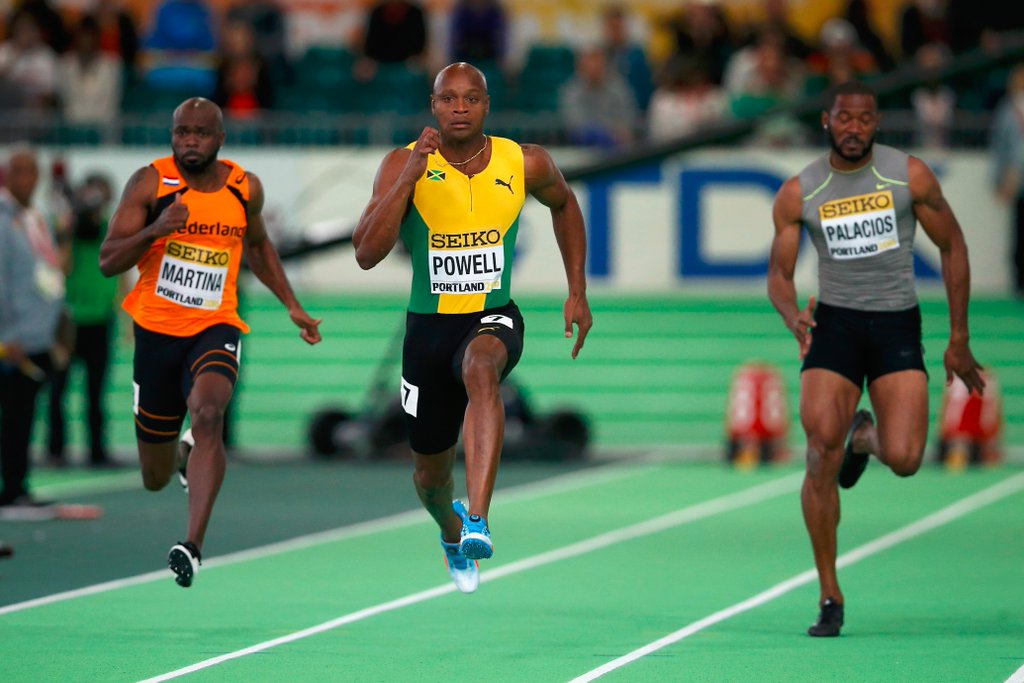 Powell, who has clocked the fastest time this year (6.49 secs), clocked a world-leading 6.44 to win Heat 5. Powell tied for the 3rd-fastest time in World Indoor Championships history! Can he break Maurice Greene’s 15-year-old World Record 6.39 or his 17-year-old Championship Record 6.42 in the Final later night?

“I came here to run fast. I am happy with my start. I lost it for a few years, but I have been working on it,” said Powell, who even had the luxury of easing off in the last 10 metres making many fans wonder what sort of time he would have posted if he had run flat out. 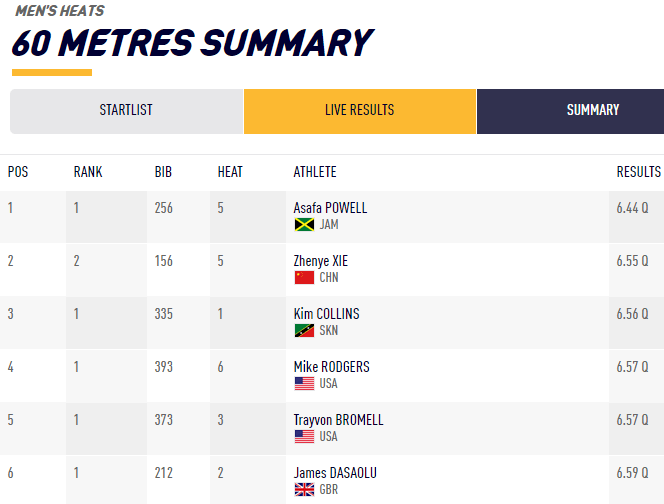 With the Rio Olympics less than five months away, some of Jamaica’s best athletes will be aiming to inflict a psychological blow on their rivals by making their mark in the US state of Oregon.